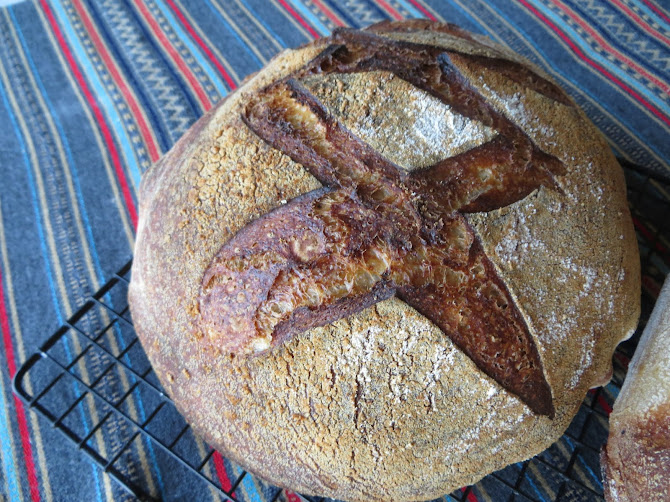 I can almost hear people saying....why has he called it that?

The Venerable Bede (673-735) recorded that the word 'þinterfylleþ ' was a combination of 'winter' and 'full moon' and so the first full moon of October was the signal to celebrate the arrival of Winter.

The Anglo-Saxons made a range of breads through a combination of methods. They harvested various grains, used steam, yeast (in the form of barm from the froth taken off the top of the beer) and sourdough as leavening agents and baked their products in numerous ways.

If you were a reasonably prosperous yeoman farmer, you'd have used rye flour and wholemeal wheat flour. - this was known as 'maslin'

If you were moderately poor, you'd have used oat and barley flour in equal proportions - this was known as 'dredge'

If you were really poor, you'd have used a tiny bit of oat flour and added copious amounts of bean or pea flour. This was invariably a coarse black bread that must have had the weight and texture of a sawdust brick!

I'm intent on 'modernising' my Anglo-Saxon loaf so it meets all the expectations of the 21st century. It's my homage to a civilisation that has fascinated me since I was 18 years of age when I left home to read English at University.

I'm going to make my 21st century take on a bread for the more affluent Anglo-Saxon. Partly, because I want something edible at the end of it and partly because I like the idea of a sourdough that owes something to our past...at least in sentiment, if not in substance.

Last night, in the light of the first full moon of Winter, I finalised my Anglo-Saxon sourdough recipe, combining various forms of dough manipulation and working with an 78% hydration and a warm bulk fermentation. The purpose....the aim...is to create a sourdough with a very open crumb. It's a lot more elaborate than the straightforward flour and water hlaf of our ancestors. But, I'll remember them as I slather Welsh butter onto a thick slice of it....

But, before we start. Some constraints....

1. Alfred never burnt the cakes in an oven or on a fire with a chimney....

2. Pre-medieval and medieval grain was rough stuff.....so was the flour....it was stone ground and plenty of stone got into the mix...I'm not risking it on account of the dental bills

3. Anglo-Saxon bread was never baked in a Dutch Oven (the Dutch? Who are they? Do you mean the Frisians or the Franks?)

So, with a nod and a wink to Egbert, Cynwulf, Sigeburht the Little, Edmund Ironside and the rest of the clan....here goes.....

Note: As far as Hydration levels and Baker's Percentages are affected:

(i) the honey, although liquid, contains no water and therefore does not affect any calculations

1. In a large bowl, thoroughly mix the flours with the water. Cover and leave in a warm room for 60 minutes.

2. Add the starter and the honey and, using the Rubaud method, mix for about 5 - 6 minutes. Then cover and leave to rest in a warm environment for 30 minutes.

If you are unsure as to what is meant by the Rubaud method, watch the following video:

3. Add the sea salt and repeat the Rubaud mixing for about 5 - 6 minutes. Then cover and leave to rest in a warm environment for 60 minutes.

4. Carry out two sets of stretch and fold at 30 minute intervals.

If you are unsure as to what is meant by stretch and fold, watch the following video:

5. Perform one set of lamination and then cover and rest in a warm environment for 30 minutes.
If you are unsure as to what is meant by lamination, watch the following video:

6. Perform two sets of coil and fold at 30 minutes intervals. If you want you can also laminate....it;s up to you

If you are unsure as to what is meant by coil and fold, watch the following video:
7. When complete, cover and allow to Bulk Ferment until it doubles in volume. How long this will take will depend on the warmth of your environment. You may well be looking at 5+ hours. 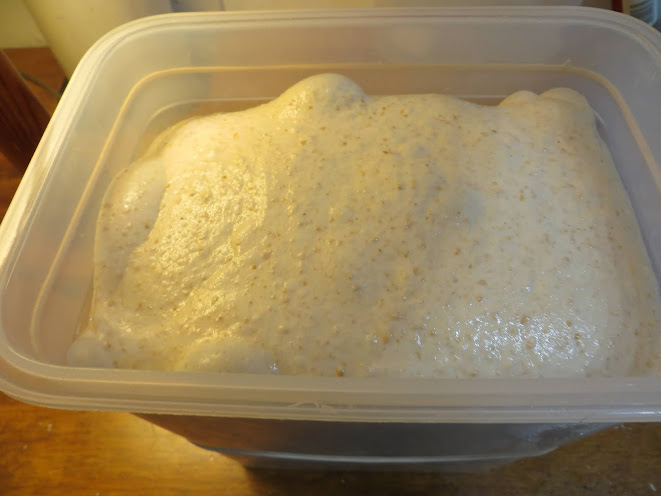 8. After bulk fermentation is finished, gently tip the dough out onto a floured board. Divide the dough into two equal portions and gently shape into a boule. Leave to rest for 10 minutes and then reform gently into a tighter boule. Gently drag the boule down the worktop towards to you help strengthen the surface skin of the dough. 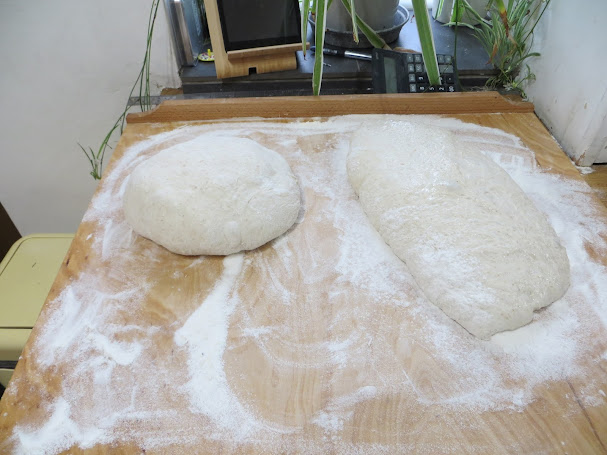 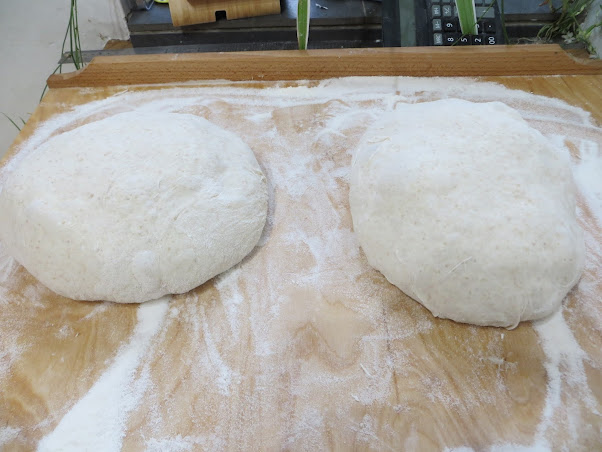 9. Place each portion of dough into a suitably-sized and well-floured banneton (I use rice flour) and then cover and place in the refrigerator at 4⁰C for up to 16 hours. 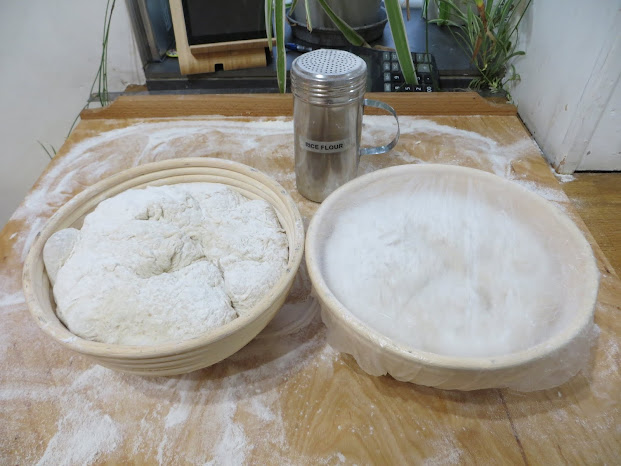 Many hours later
11. Preheat your oven and dutch ovens / baking containers to 240⁰C.
12. Place the bannetons and dough in the freezer for 10 minutes.
13. Remove the dough from the freezer and gently tip onto a piece of parchment paper or silicone sling. Mist with water, dust with coarse flour (or rice flour or semolina flour). 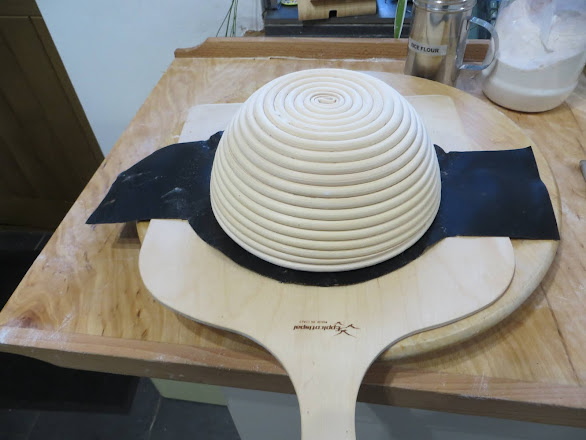 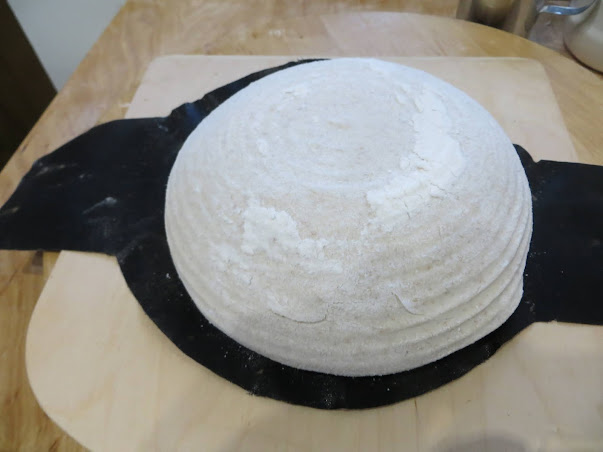 14. Score as desired using a dagger or lame.  Here are the Anglo-Saxon runes...what better to use for your sourdough? 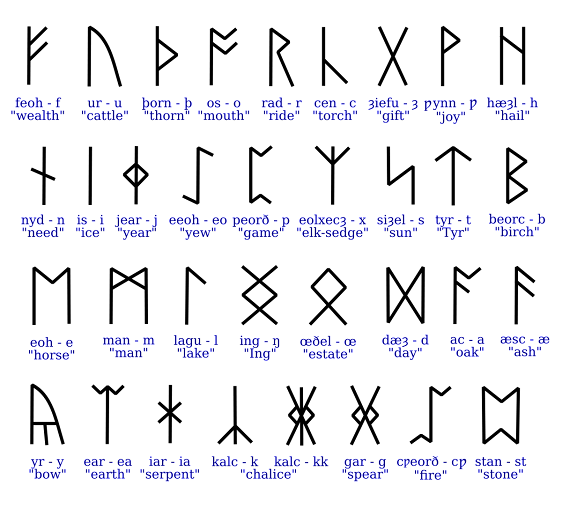 15. Lower the dough into the dutch oven, mist with water and replace the lid.
16. Bake at 240⁰C for 20 minutes with the lid on and then for 20 minutes at 220⁰C with the lid removed.
17. Remove the bread from the Dutch Oven and cool on a rack for at least two hours. 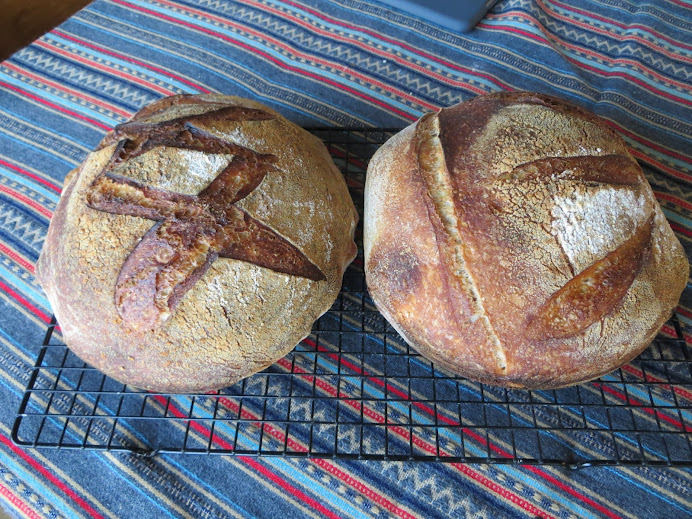 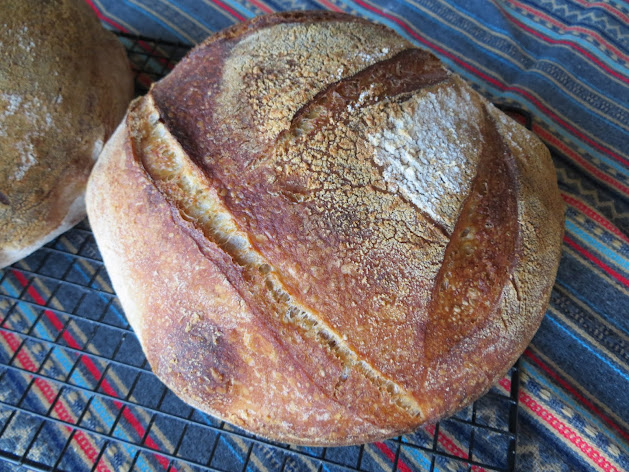 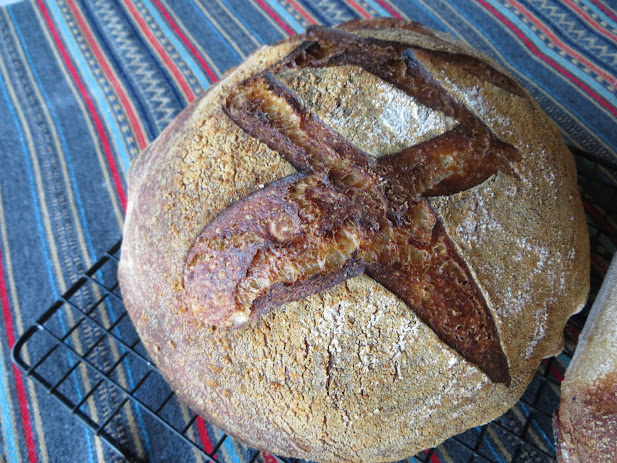 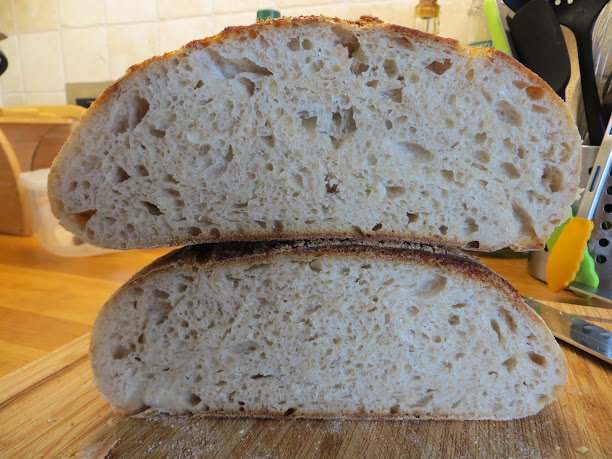 Happy baking....bliþe gebæc
And remember...."The past is a foreign pantry. They dough things differently there" 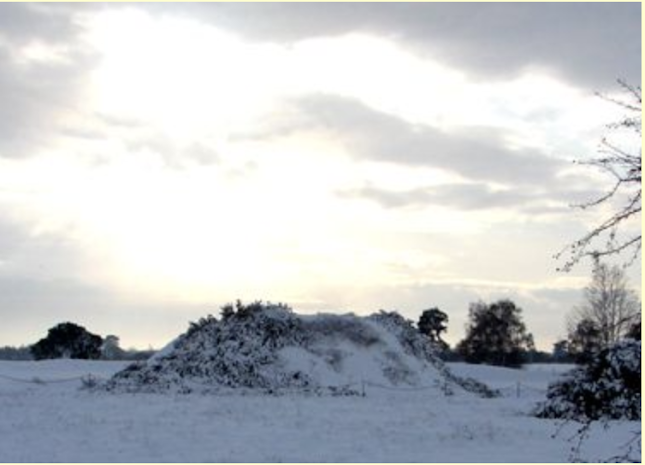 VERDICT?
Well, it's a lot more sophisticated that Anglo-Saxon bread would have been and the crumb is a lot more open. It's not blackened from being on a griddle and you won't run the risk of breaking a filling or a tooth on a rogue bit of millstone. But, it tastes rather good....if I say so myself.
Very happy baking! Scearpe hæbbande gebæc!
Labels: Anglo Saxon October Sourdough Winter
Location: Ruthin LL15, UK