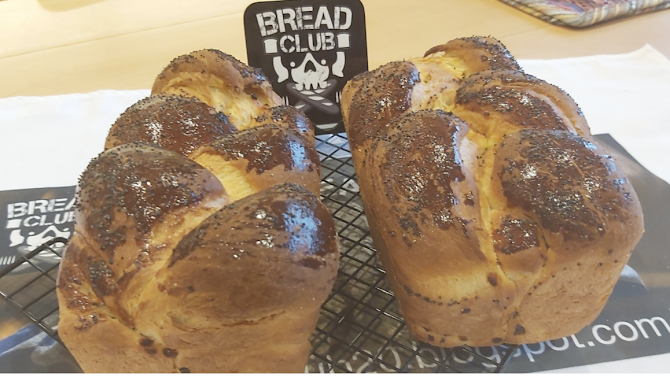 If you go to https://breadclub20.blogspot.com/2021/01/apricot-brioche.html, you'll find a recipe for Apricot Brioche where the dough is formed into balls and the apricots are neatly hidden within these balls of dough.

This is Brioche Nanterre and it is light and fluffy. However, because of how the loaf is sliced - or any loaf, for that matter, whether you retrieve any apricots in your slice is very much the luck of the draw.

So, this recipe is a variation on the theme. Instead of stacking the dough balls in the loaf tin, the bread is plaited and the apricots run right through the mix.

Let's start at the beginning.

Brioche is a Viennoiserie, a baked product that's made from yeast-leavened dough. It fits into the same category as croissants,  pain au chocolat, chausson de pommes  or Danish pastries.

Brioche is first recorded as "a rowle, a bunne, of spiced bread" as early as 1404. The origin of the word is Norman, predictably.

Strangely, Brioche started its life in France as the blessed bread of the Church and gradually became richer in taste and more refined with less and less actual bread . It also became more and more expensive. From being a 'bread' it became more of a 'cake'.

Actually, Marie Antoinette never said "Qu'ils mangent de la brioche" when she commented on the parlous state of the poor during the French Revolution, but  Rousseau's 'great princess' was misattributed to the wife of Louis XVI, and it has long gone down into history and folklore.

There are many ways to present brioche, from the traditional brioche à tête, baked in a fluted, round and flared tins, to brioche Nanterre, where the dough is formed into balls and these are baked together in a pan.

We're going to plait our brioche and distribute the fruit more evenly through the mix.

This is a two-day process.

2 x 1lb loaf tins - very well greased. Line the bottom of the tins with a sheet of parchment paper to help stop the enriched dough sticking as it bakes.

This is ideal for making in a stand mixer. If you're making by hand, just expect to be mixing and kneading for a few minutes longer.

Process the flour, sugar, salt, milk, eggs and yeast in a mixer using the metal blade.

It will probably take about 5 minutes using a stand mixer, 8 minutes by hand, or you can put all the ingredients into a bread machine and choose a speciality dough programme (or a pizza programme) anbd remove when it looks ready.

Add the butter and mix for a further five minutes (mixer), 10 minutes (by hand) and however longer it needs in a machine .

Place the dough into a lightly floured bowl, cover with cling film and place in the refrigerator overnight. 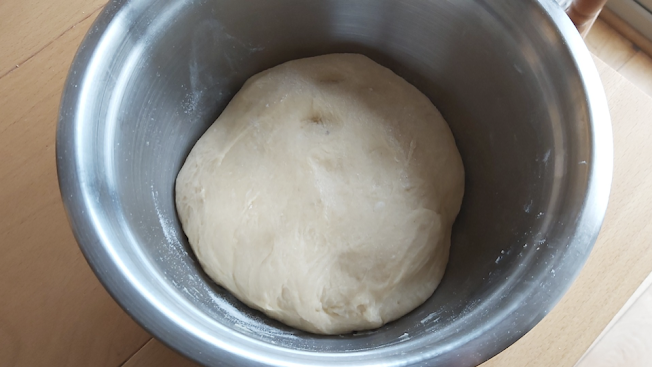 Take the dough out of the fridge. It will now be cold and much easier to handle.

Weigh it and divide it into three.

Take a piece of the dough and roll it out into a rectangle.

Distribute half of the apricots along the middle of the dough from end to end. 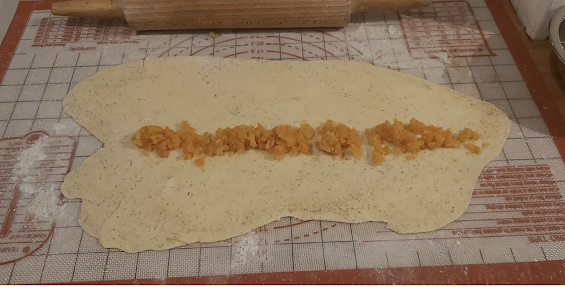 Carefully roll the dough up as though it is a swiss roll.

Repeat the process with the second and the third piece of dough.

Arrange them on the board in the shape of an arrow, the point furthest away from you. At the 'point' of the arrow, just press down on the dough lightly to help the pieces to stay put.

Then, start plaiting the dough. Don't pull too much, just gently.....

Divide equally into two and tuck the four ends neatly underneath.

Place each half in its own very well-greased loaf tin. Line the bottom with a sheet of parchment paper to stop the dough sticking.

Leave the brioche to rise for between 90 minutes and 2 hours.

If you want, you can egg glaze the top and add poppy seeds. I always glaze with just the egg yolk and brush away from the edges of the tin so the dough doesn't stick when it comes out of the oven. 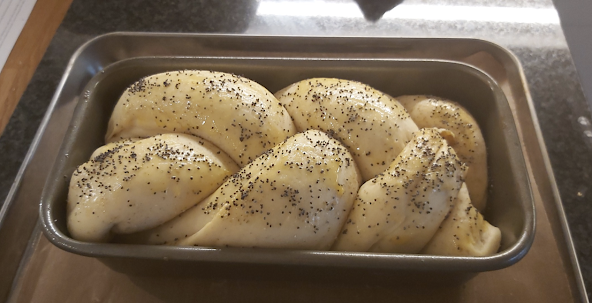 Preheat the oven to 200 degrees C.

Bake the brioche for 20 minutes until golden brown. 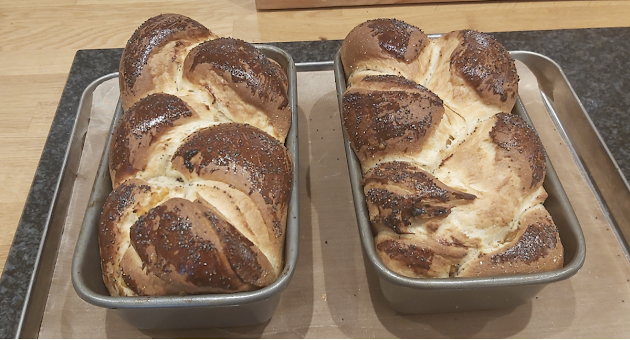 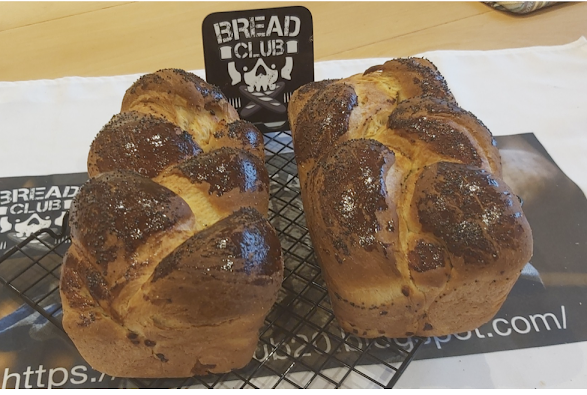 I usually eat one- it's delicious toasted with lots of butter - and freeze one. If you do the same, you can always freeze it in slices or in halves. Brioche is an enriched dough and tends not to last.