Christmas will be very different for everyone this year. We've had to cancel the villa in Mustique and have had to let the staff go....Yep - just joking! However, with good fortune and a fair wind, we will be able to gather as three families, if only for a few days over the festive season.

Lunches on the run up to Christmas seem to follow our family traditions and there's always room for the hot dog brunch. 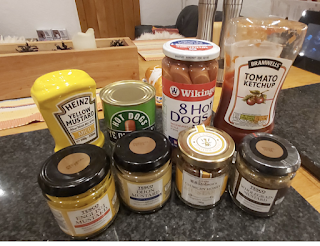 Whether you use Bockwurst, Frankfurters, Vienna or even butcher's sausage, there's always lashings of mayonnaise on hand, along with various sauces, mustards and, of course, Prymat roasted onions - cebulka - (available from Tesco) - a Polish delicacy without which hot dogs would be seriously lacking,
The important decision is what to wrap around your sausage of choice.
There's a verse from 'I'm Sorry I Haven't a Clue' from the old days when the compere was Humphrey Lyttleton and the 'lovely Samantha' sat on Humph's right hand and bore the brunts of double entendre and sexual innuendo. The verse goes, 'If you've left your teeth at home, suck a sausage sandwich at the Gastronome'. There seems to be no trace of this on the worldwide web but it remains strong in my memory and has always been a faithful guide when judging the merits of the hot dog roll... 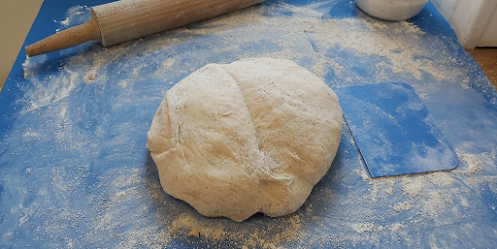 Take each portion and, on a lightly-floured board, roll each portion into an oblong / oval shape. About 8 inches long will be long enough for most 'dogs' 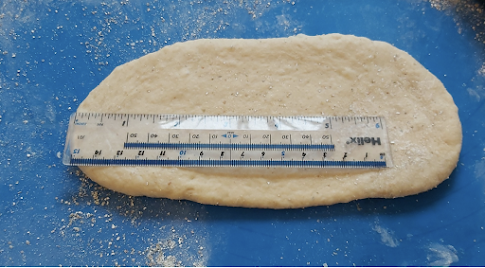 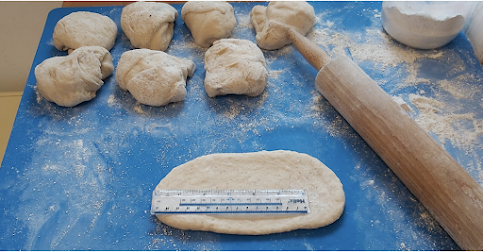 Fold the dough into half and then fold it into half again. The seam becomes the bottom of the bun.
Tuck the top and the bottom underneath and give it a few pats to form a suitable shape.
Place the buns on a baking tray lined with parchment paper or silicone.
Cover with parchment paper and place back in the warm place for 40 - 60 minutes until they're doubled in size.
Pre-heat the oven to 190 degrees C and place the tray in the lower half of the oven for abut 20 minutes.
They should be golden in colour and sound hollow when tapped on the bottom.
Cool on a rack 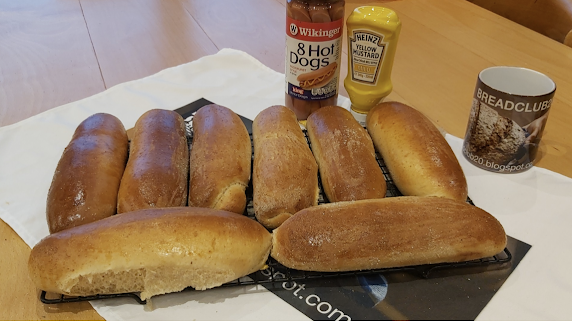