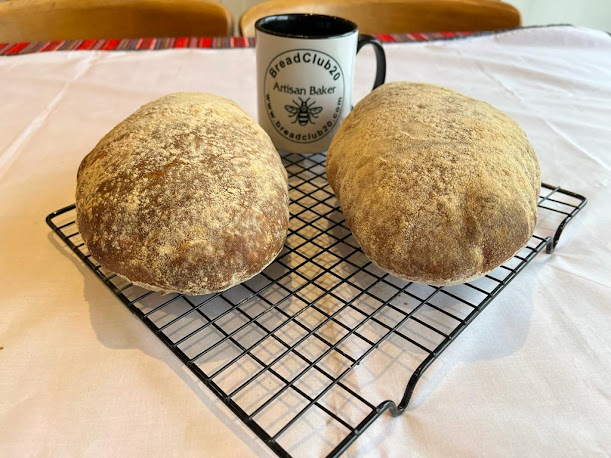 Welcome to another step-by-step recipe from BreadClub20. Why not drop by our main Facebook page by clicking here.... If you like what you see and enjoy the recipe, we hope you join us by 'Liking' and 'Subscribing'.

Did you know that Ciabatta was only invented in 1982?

It's true....it was first produced by Arnaldo Cavallari and called Ciabatta Polesana after Polesine, his home in northeast Italy.

It took until 1999 to license the product to Molina Adriesi. Meanwhile, it had been taken to the UK by Marks and Spencer in 1985 and to the Orlando Bakery in Cleveland, Ohio in 1987.

Why did the Italians need ciabatta?

Well, by 1982, the French baguette was pretty much dominant throughout Italy and Cavallari thought that there was a need for a serious competitor. Ciabatta or 'slipper' as it translates was made at a far higher hydration producing much larger holes or 'alveoli' as they're sometimes called.

The BC20 ciabatta starts life as a biga, made with yeast and plain (all-purpose) flour at a low protein level. Yeast is added and this is allowed to ferment overnight.

prepare the biga the night before

Add the yeast to the 50 gms warm water and leave until it froths. 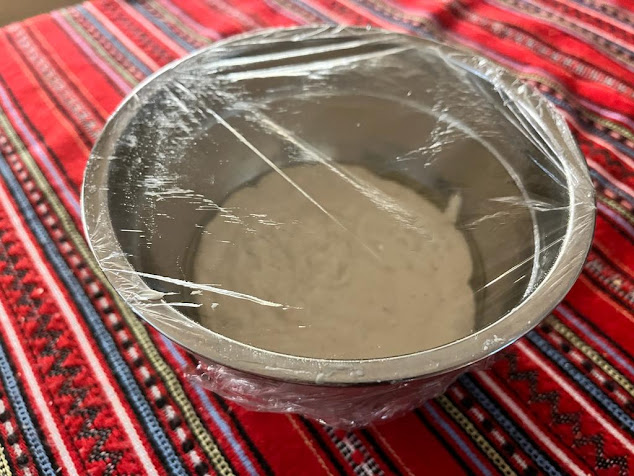 Place in a well-oiled bowl, cover and leave for 12 hours or overnight.

Take the milk and the yeast and leave in a warm place until it froths.

In a bowl, add the milk and yeast mixture.

Add water and flour. When thoroughly combined, add the salt.

Now add the biga and mix together until fully amalgamated.

Knead for 10 minutes until silky and elastic.

This is a very wet dough.

Place in a well-oiled bowl, cover and leave in a warm place until it has doubled in size. This may take an hour, but it may take longer. 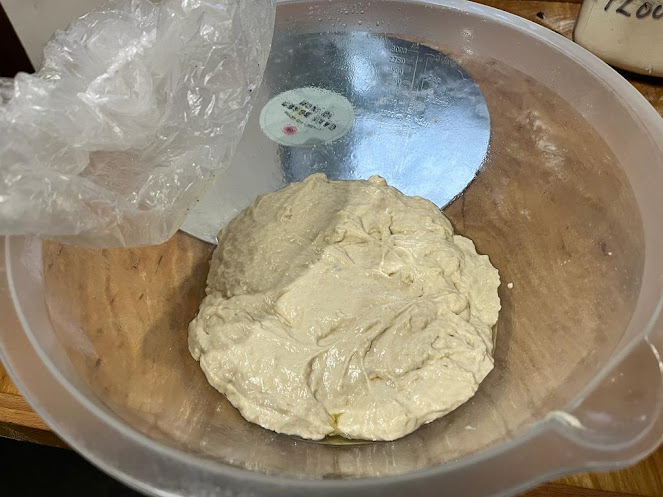 Now, taking the bowl, pull one side of the dough upwards and fold over itself.

Rotate the bowl and repeat.

Keep repeating until you have rotated, pulled and folded the dough eight times.

Cover and put a timer on for 30 minutes.

After 30 minutes, repeat the eight sequences of pull, fold and turn. 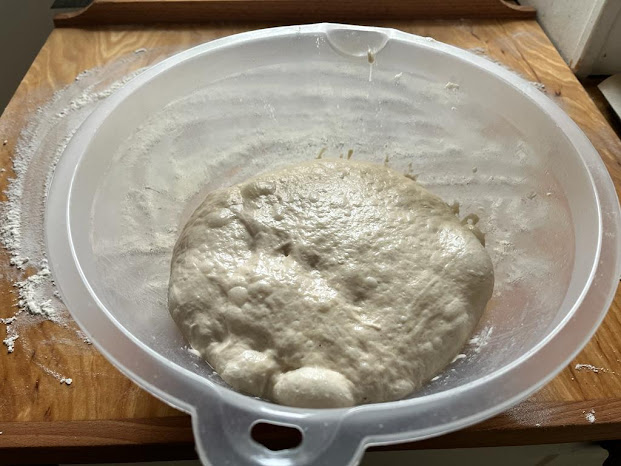 Tip the dough onto a well-floured surface.

Divide the dough into two.

Take each piece of dough in turn... and, only if you need to fold over a third from the right and then fold over from the left, as though making a booklet.

Otherwise....with a scraper, carefully transfer the dough to a piece of baking paper. (The ones below weren't folded)

Repeat with the other piece of dough.

Flour the tops of each piece.

Cover with a cloth and allow to rest for 30 minutes.

Heat the oven to 220⁰C and heat a baking sheet. 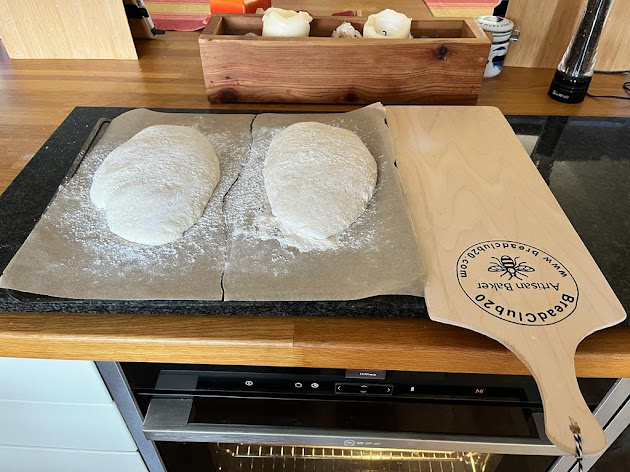 Bake for 35 - 40 minutes or until the crust is golden and the bread taps hollow underneath.

Cool on a rack for one hour before cutting. 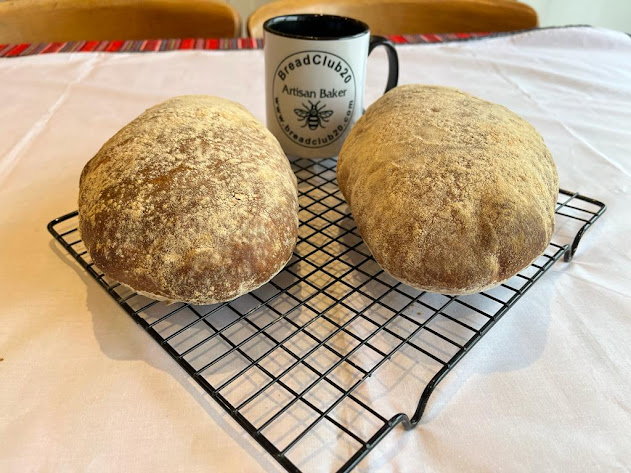 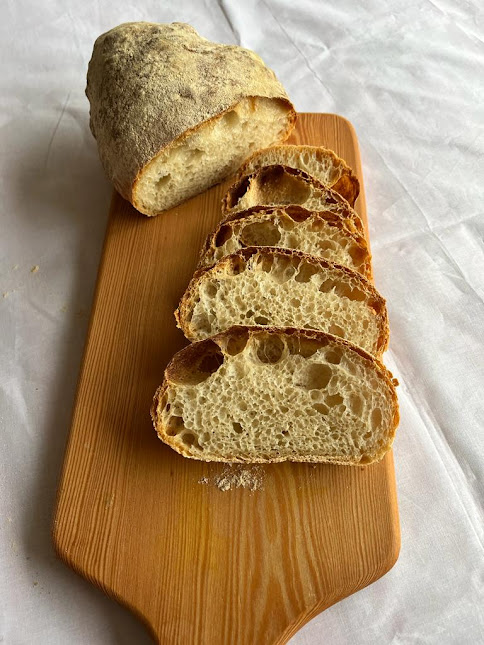