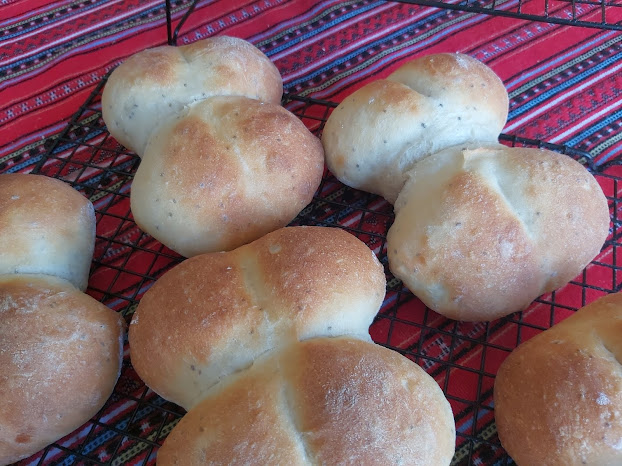 The house next door started life as a cowshed and a barn. Twenty-five years ago, it was sold and the owner started converting it into a beautiful, highly modern house of oak, stone and glass.

Finally, after all these years, I have neighbours. Steve and Maria have moved in. Their background is in the oil industry. What's even more interesting is that Maria is Peruvian. So, that got me thinking....what do the Peruvians prefer when it comes to bread?

As a nation, the Peruvians been through conquest by the Spanish, 19th century independence and political stability, followed by struggles in the 20th and 21st centuries with more than a fair degree of political turmoil. You'd expect to see a Spanish influence as well as possibly Portuguese; as well as influences from other South American countries and from the north?

Interesting, their main consumption of bread is based on the pan frances - a form of French bread, very similar to the baguette but whose name derives from pão francês, Portuguese for 'French bread'.

The marraqueta is a traditional bread roll made with bread flour water, salt and yeast. It should have a crunchy texture and has found popularity throughout South America, as well as in Macau, Hong Kong, Portugal and Mallorca. It's also known as pan francés and pan batido and is a traditional bread in Peru and Chile shaped as a pair of attached soft rolls.

1 tablespoon sea salt (if you are trying to reduce your salt intake....you may want to reduce this a little)

(I also add a tablespoon of Chia seeds....purely for interest and goodness. They are not 'authentic')

1. Add the flour and the salt to a bowl. Add the water and then the yeast.

2. Form a semi-soft dough and knead the dough for about 8 minutes. You can knead by hand or using a stand mixer (start low and then increase to medium). Alternatively, knead the mixture in your bread machine on an instant-start programme (e.g. Pizza) and stop once the dough has been formed.

3. Place the dough in a large light-oiled bowl, cover and allow to rest in a warm place for 30 minutes.

4. Tip the dough onto  a floured board and divide into 100 gms portions.

5. Form each portion into a ball. If you're not familiar with this or not confident, watch this video:

Don't worry if you can't do both hands at once....you have the same degree of coordination as me! 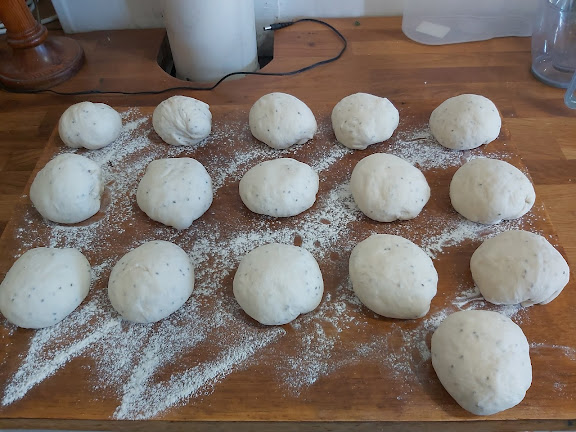 6. Let the dough rest on the worktop, covered, for 30 minutes.

7. Take two of the balls and join them together. Then, massage them into more of an elongated shape. 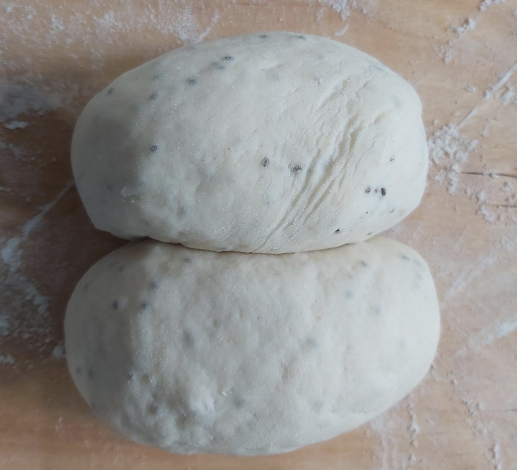 8. Take the handle of a wooden spoon and divide the dough in the middle as in the photograph. 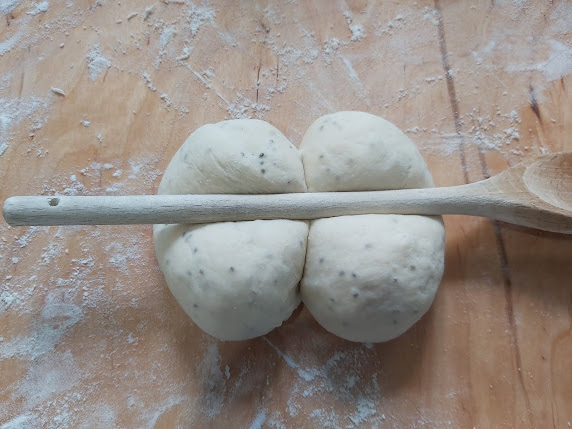 9. Place the dough pieces on a baking tray and let the dough rest for a further 20 minutes. 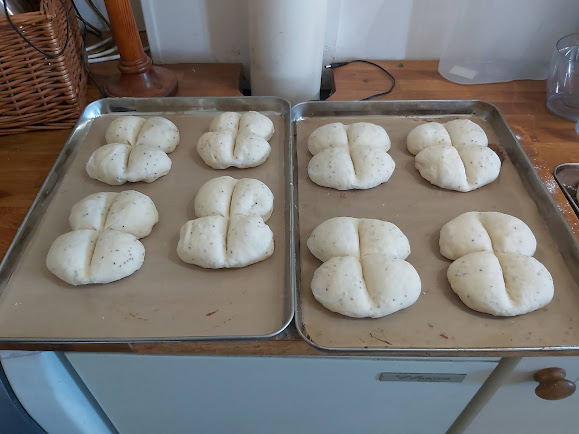 10. Preheat the oven to 220⁰C and bake for 18 minutes until golden brown on top. 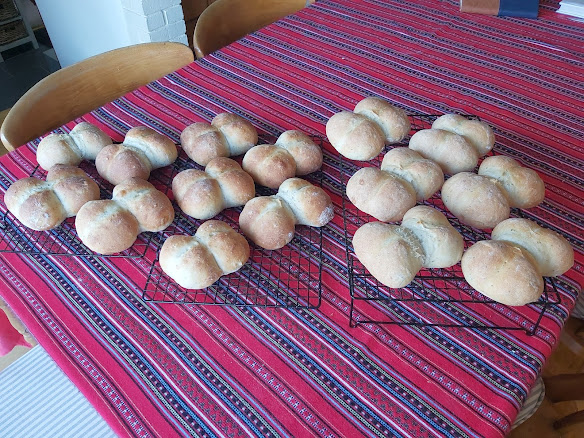 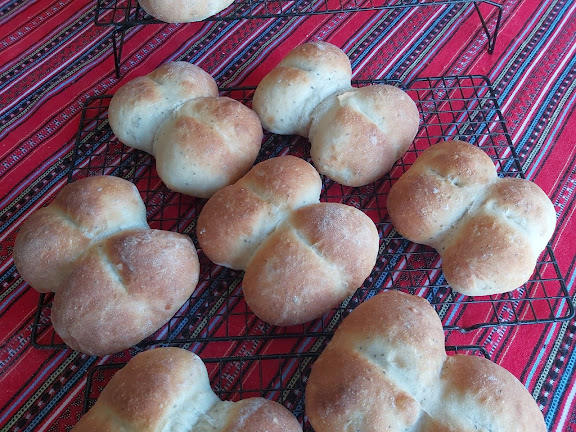 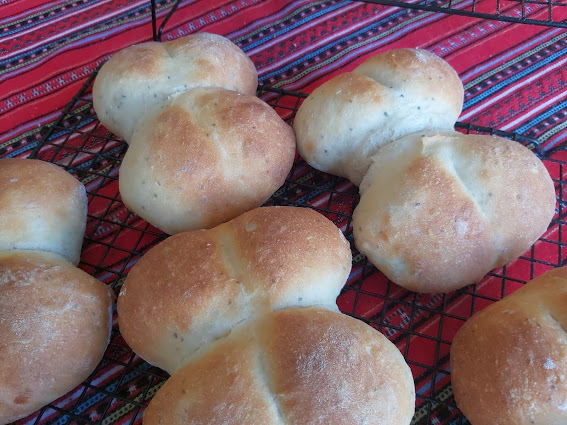 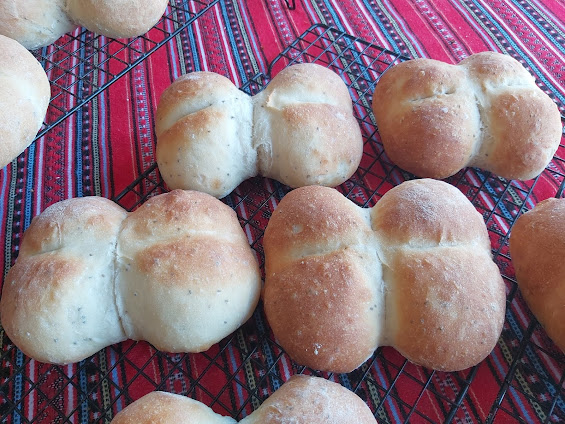