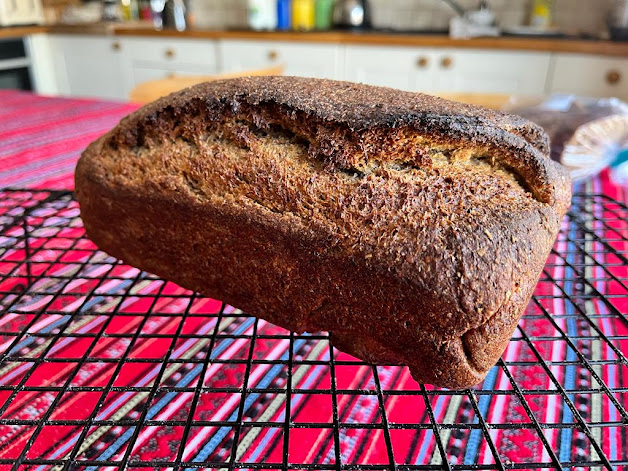 'Graham Bread'  - an inspiration from the 19th century reformer, Sylvester Graham; a man who argued that a vegetarian diet, supplemented by coarsely-milled flour baked at home into bread, was the way to a long and healthy life. He died in 1851, aged 57.

Still....let us not dwell on the negatives. Graham, of course, gave his name to the Graham cracker, still being baked in the thousands by Nabisco of East Hanover, New Jersey. For those of us who can't find them on our supermarket shelves...think Digestive biscuits.

But, let's head back to Sylvester. He was born in 1794 in Suffield, Connecticut as the the youngest of seventeen children. His father was 72 at the time of his birth and his mother was mentally ill.

Early childhood was not easy. His father died when he was two years old. A relative sent him to work in a local tavern where he developed a lifelong abhorrence for alcohol. From there, as a sickly child, he missed much schooling and, later, worked as a farm hand, cleaner and, surprisingly, as a teacher.

A formal attempt to become a preacher led to a nervous breakdown but, following a successful marriage to Sara Earl, began to see his life get back on track.

As a vegetarian and an advocate of Temperance, he preached throughout Philadelphia. Gradually, Graham flour, Graham bread and the Graham cracker appeared; although he invented none of them, nor did he endorse them nor receive any sort of financial benefit.

Instead, Graham believed in cold baths, open windows, hard mattresses, cold drinking water and good, coarse, bread. Eggs could be eaten for breakfast, but all animal meat was strictly banned.

Of course, he was an 'odd chap' and his end was sudden and rather odd, as well. At the age of 57, he died of complications following a course of opium enemas. He had been suffering from poor blood circulation and had been prescribed red meat as a way to improve the situation......it clogged his system!

You will find many recipes for Graham bread. I've chosen two because they are each very different. We're going to make both and, if you wish, you can join me in trying to decide which is preferable to the other.

The first recipe comes from an 1850 volume by Mrs Elizabeth Putnam which aims 'to provide assistance to the young housekeeper'. The second is for a softer Graham bread and is from a newspaper clipping of the early 1900s, by a Mrs H. H. Griffith Jnr. In both cases, I've slightly amended the ingredients to take into account modern weights and also to make them manageable in volume. Apart from that, they are as found.... 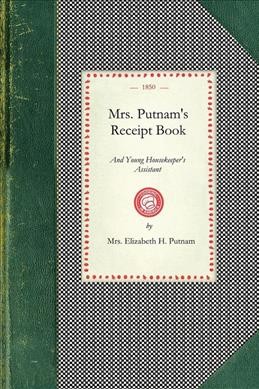 Dissolve the salt and treacle in the warm water.

Add the yeast to the flours and mix well

Add the liquid to the dry ingredients and mix well

Knead until you have a smooth but rather stiff dough

Place in a lightly-oiled bowl and leave to rise. It will take some time to more than double in size - probably 4 - 6 hours at room temperature. 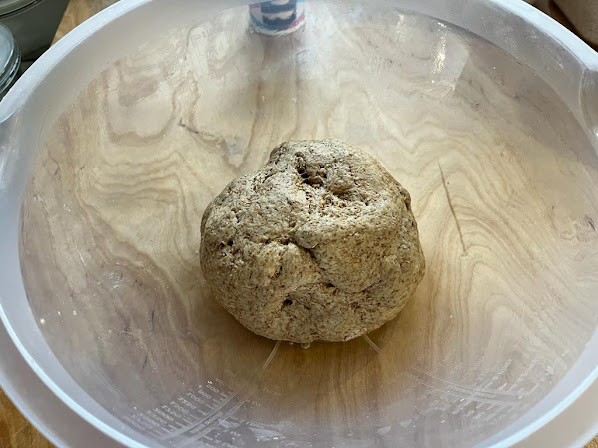 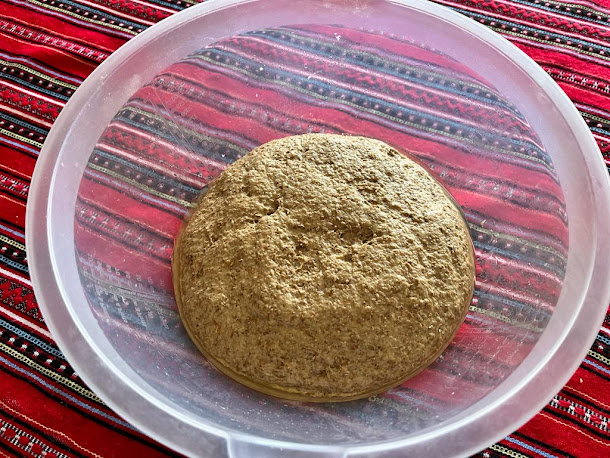 With wet hands, collect the dough together and place into the loaf pan. Cover and leave for it to rise another inch or so. 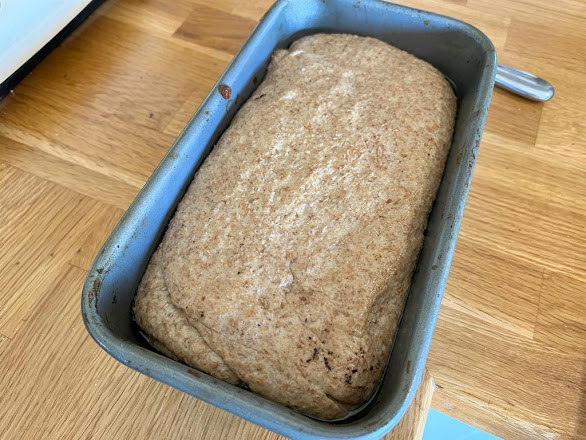 When it's nearly at the top of the loaf pan, preheat the oven to 200⁰C and bake for 50 minutes.

When baked, allow to cool on a rack. 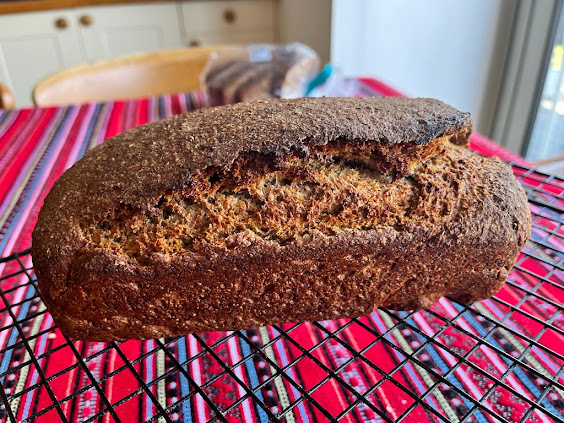 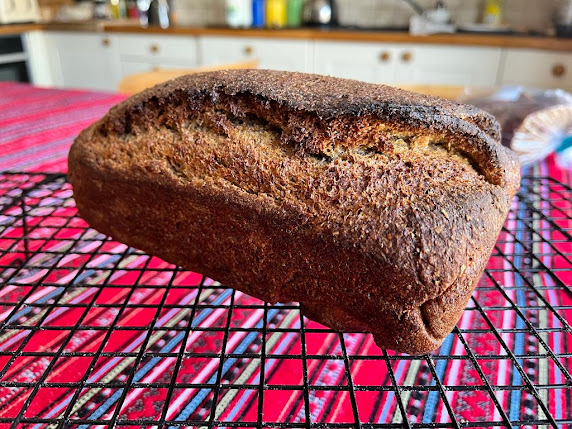 N.B. - Graham bread typically tastes low in salt. if you feel this might be an issue - you could cover it in a particularly salty butter or add a little more salt to the mix.

THE RECIPE OF MRS. H.H. GRIFFITHS  - A softer Graham bread. 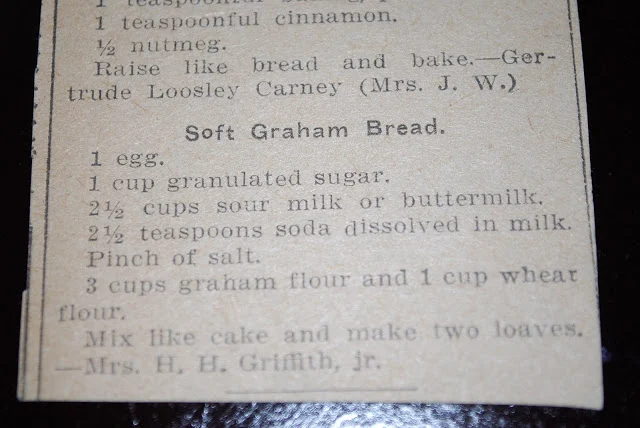 Whisk the egg in with the sugar. 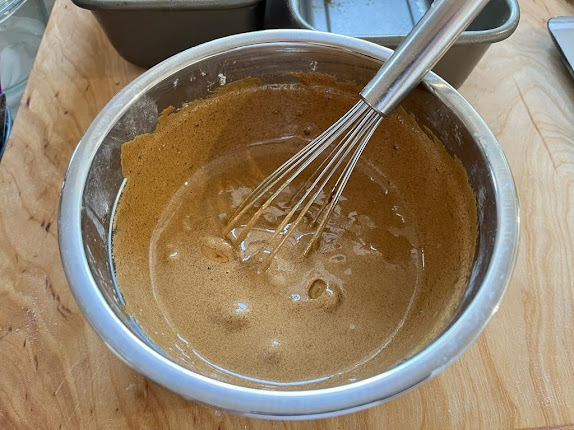 Mix the flours, the bicarbonate of soda and the salt.

Add the sugar mixture to the flour mixture and blend together.

Add the buttermilk until everything is just blended together. 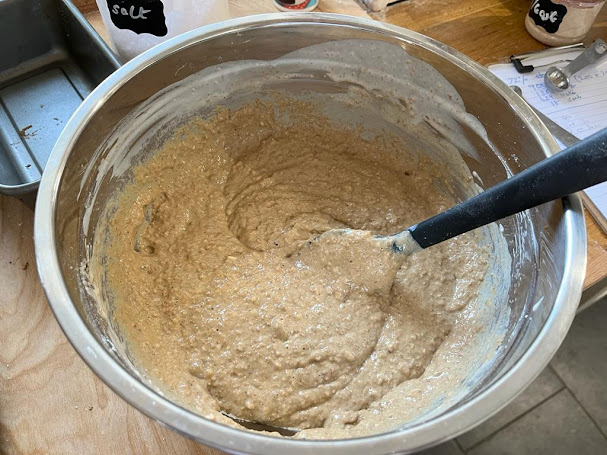 Split the mixture between the two loaf pans. 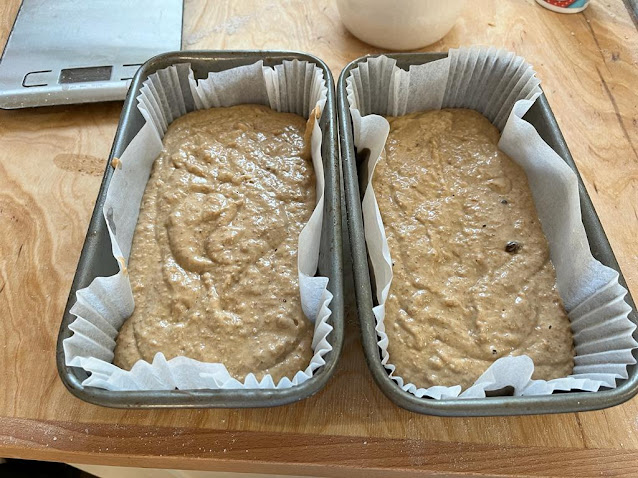 Bake for 40 - 45 minutes until a cake needle comes out cleanly. 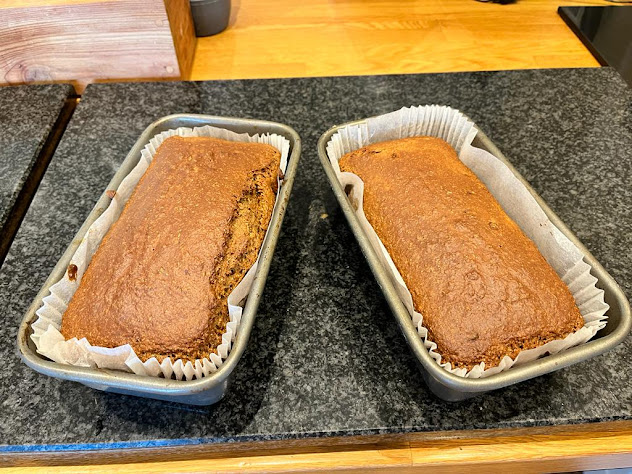 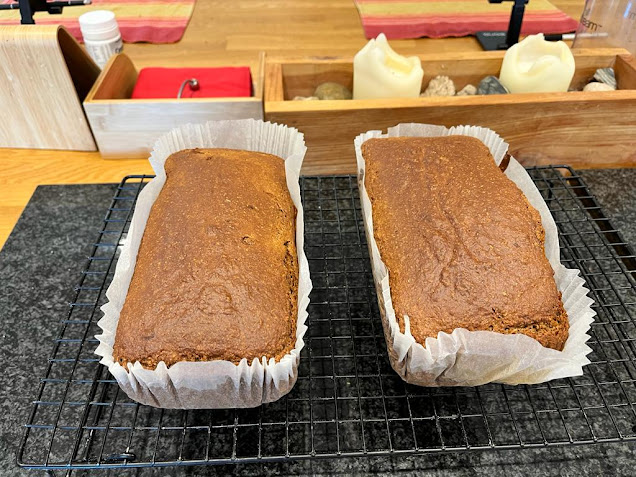 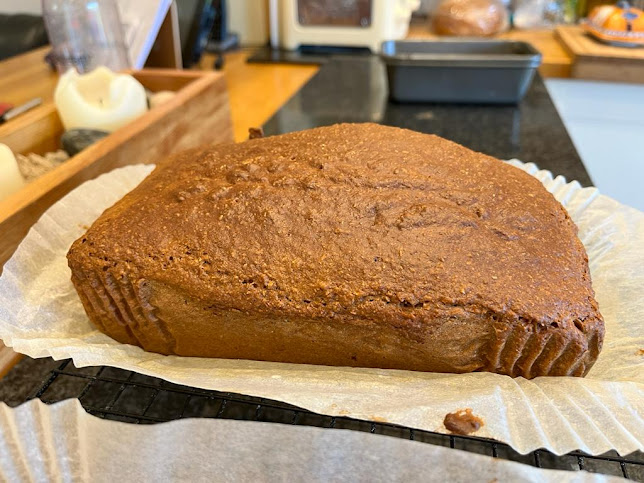 Glaze the tops of the loaves with a little melted butter and then transfer to a cooling rack.

This is is a loaf that is best sliced and frozen if you can't eat it all soon after baking.

It rose nicely in the tin and split very conveniently to produce a nice crispy 'ear'. Clearly, it's a wholewheat loaf, so it has a little 'weight' about it...rather like a rye loaf would. That's to be expected. 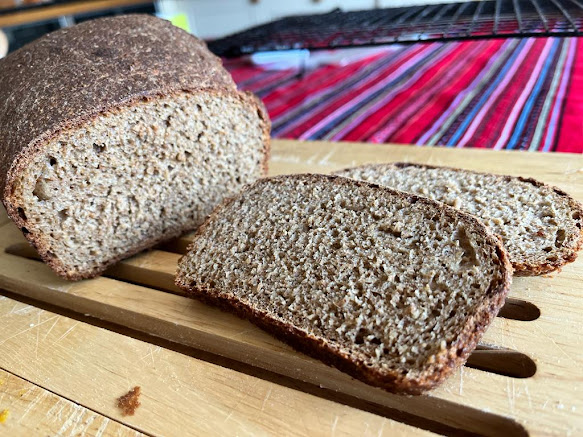 It's an excellent colour and texture with a lovely nutty taste and a a good crust. Yes, definitely a crowd-pleaser. 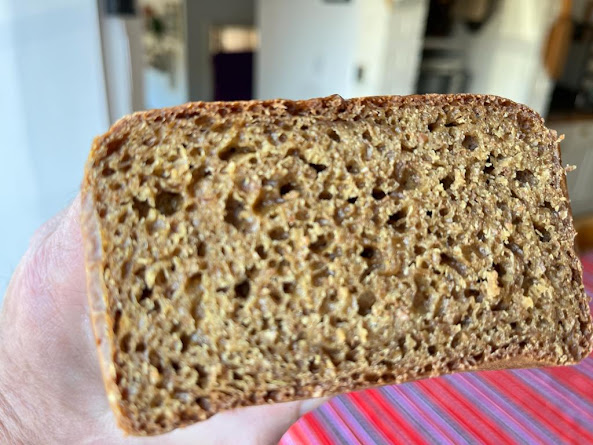 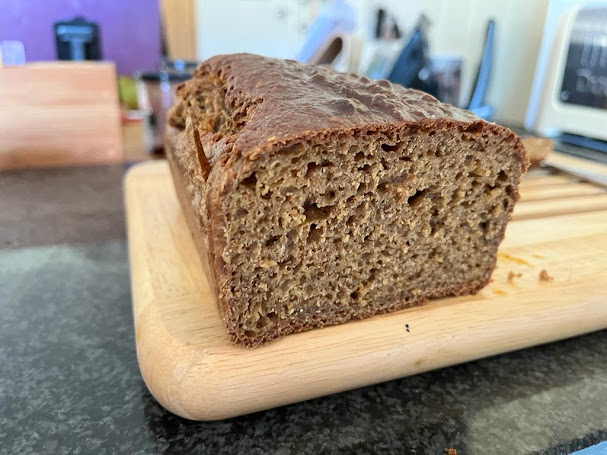 It's sweet without being noticeably so. It's light and tasty. It reminds you of a ginger cake, without the ginger heat.  It's a banana cake, without the banana sharpness. It's a fruit loaf, without the fruit. However, with a layer of butter and a  good cup of tea - it's very pleasant indeed.

By the way....this is Victorian Graham bread - bread made in the Graham stye by Victorian bakers. There's no connection to Victoria Graham - the news presenter...just in case you're wondering.