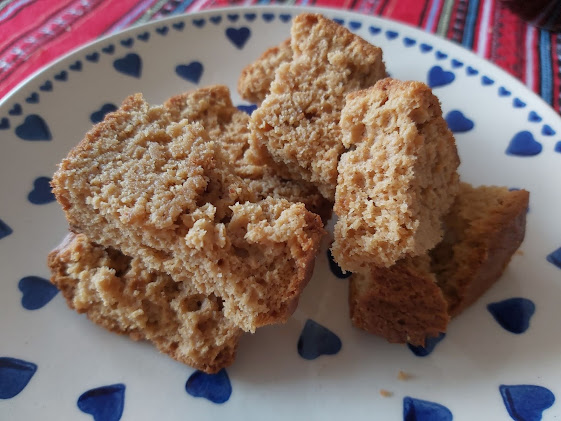 Before the Great Pandemic of 2020, we had aspirations of travelling to South Africa. We've been to the north, to Egypt (www.manc-holidays.co.uk), into the Sahara and also to Morocco. Our daughter-in-law is Namibian and, although she has been 'out of Africa' for two decades, she still remembers with fondness the climate, the sights and sounds...and the cuisine.

In 'The Namibian', journalist Christie Keulder writes:
Life feels a whole lot better when you wake up to the smell of rusks in the oven. There's something comforting about the smell of warm milk, butter, flour and sugar. Just like there's something utterly serene in sitting at a table at dawn, dunking delicate rusks in a cup of steaming coffee.
It is likely that the Egyptians were the first to use sourdough for baking. They obtained sourdough from beer breweries as far back as 1500 BC. Hieroglyphics show that they were prolific bakers, with more than 30 types of bread including breads with fruit and nuts.
In Europe, the French were the first to use sweet sourdough and they learned this skill from the Arabs.
The name beskuit comes from the French biscuit de guerre. These twice-baked rusks were made from bread and water and were given to the soldiers as part of their rations. The Dutch VOC (Vereenigde Oostindische Compagnie) issued similar rusks as part of sailors' rations. Jan van Riebeeck spoke about beschuit when the had to feed cruymelbeschuit (beskuit of broodkrummels) to pigs in 1660. Most likely these krummels (crumbs) became mouldy. Rusks also formed part of the daily rations during the first years, as Van Riebeeck and his people were dependent on bread brought by ships. This naturally dried bread was also called hartbrood. The French-inspired name beskuit became the preferred name over the Dutch tweebak.
In 1761, recipes for mosbeskuit and boerbeskuit were published indicating perhaps that these were the popular recipes at the time.
Rusks were popular among travellers and the VOC often requested citizens to supply large consignments of rusks to visiting ships. This provides evidence that rusks as a commercial commodity date back to the time when the Dutch established their presence at the Cape. Traditionally, mosbolletjes were baked using mos or must. Most likely, it was French bakers with their knowledge of winemaking that started using the must (fermented grape juice) in baking. An early recipe for mosbolletjes listed the following ingredients: flour, aniseed, nutmeg and sugar. The mosbolletjes that were not eaten fresh (usually with butter) were dried out to make rusks called mosbeskuit. Because the must was fermented and thus contained yeast, it caused the dough to proof with the addition of extra yeast or other leavening agents. The dough was shaped into little balls and baked in large bread pans. This allowed the bread to be torn apart along the seams formed by the dough.
Boerbeskuit or farmers' rusks were made with sweet-sourdough and contained any number of the following flavouring agents: sheep's fat, kaiings (small cubes of pork), raisins, fennel seeds or aniseed. Boerbeskuit were baked as whole loaves and then cut or torn into strips. It was often baked along with bread and when the baking was done. the rusks were returned to the oven to dry out. Boerbeskuit was sugar-free rusks.
Modern rusk eaters in our part of the world are well familiar with the Ouma brand of rusks. It originated in the town of Moltero in the Eastern Cape of South Africa. In 1939, Elizabeth Greyvenstyn received a half-crown (about N$520 in 2016) from her pastor as part of an effort to help entrepreneurial women escape the hardship of the Great Depression by starting new businesses. Maybe we should all look at the story of Ouma Rusks for inspiration during these troubling times.
There has been a significant increase on how to bake your own rusks. It is not too difficult and can easily be done at home. This recipe is for one of the traditional favourites karringmelbeskuit or buttermilk rusks. The buttermilk can also be replaced with omaere (a fermented dairy product formed through the acidification of buttermilk) for a distinct local flavour. 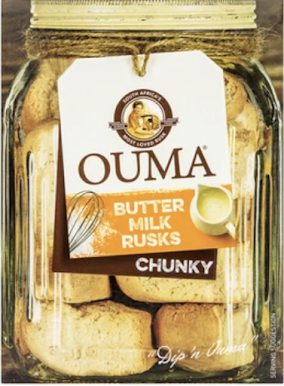 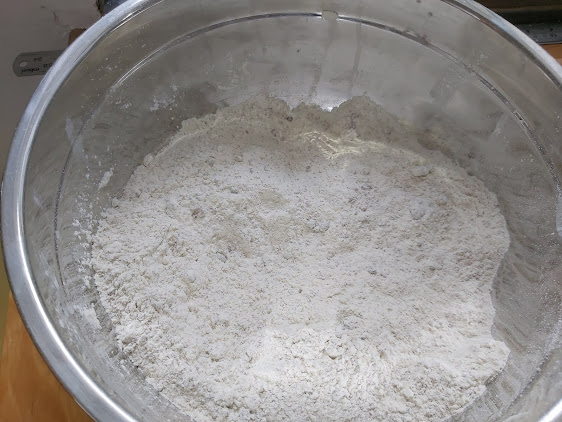 4. Add the sugar and mix well.
5. Melt the butter and add to the buttermilk. Mix and set aside. 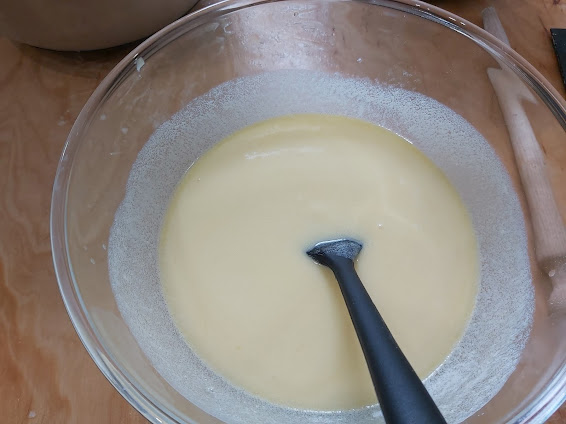 6. In a different bowl, beat the egg(s). Add the cream and the oil and beat for one minute. 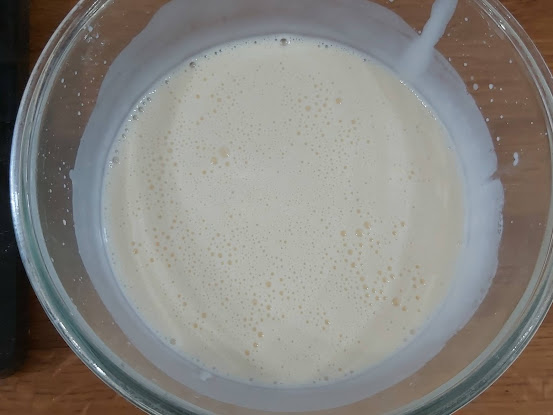 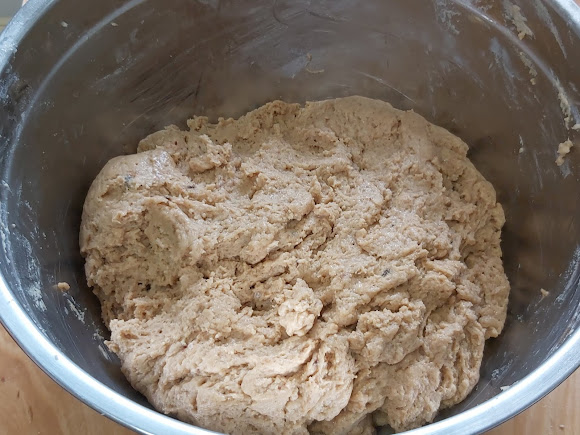 8. Add the dough to the bread pans and press down until the dough is nice and flat. 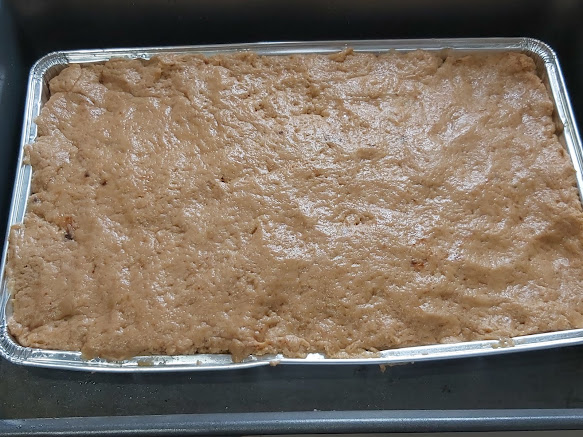 9. Transfer the pan(s) to the oven and bake for ONE hour or until the rusks are golden and cooked. A needle inserted into the middle should come out clean.
Take out of the oven and set aside to cool. 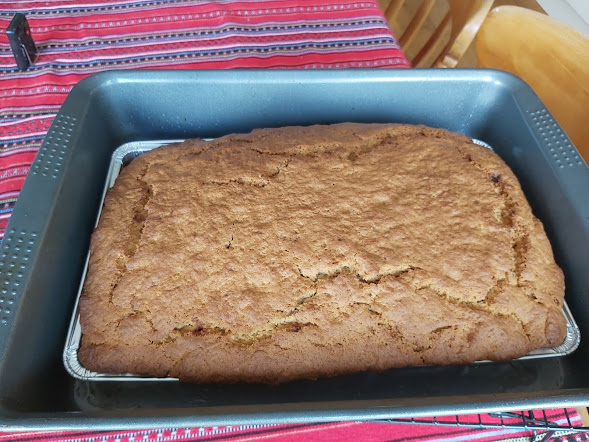 10. Remove the rusks from the pan(s) and cut into equal-sized strips or fingers. Allow to cool. 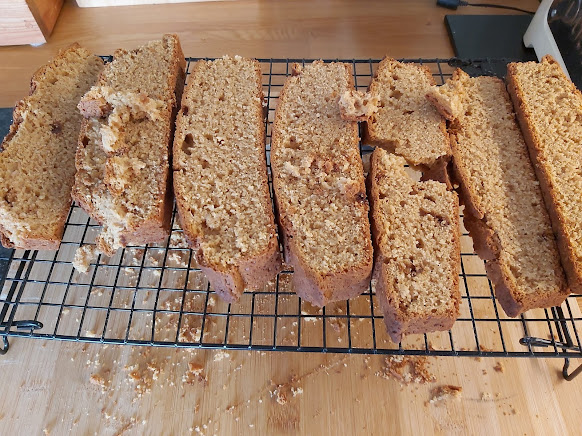 11. To dry out the rusks, preheat the oven to 100⁰C. Place the rusks in a single layer on (a) baking sheet (s). Place in the oven.  Use a wooden spoon to keep the oven door ajar and dry out the rusks for SIX hours.
After drying....leave them to cool completely then store in airtight containers. 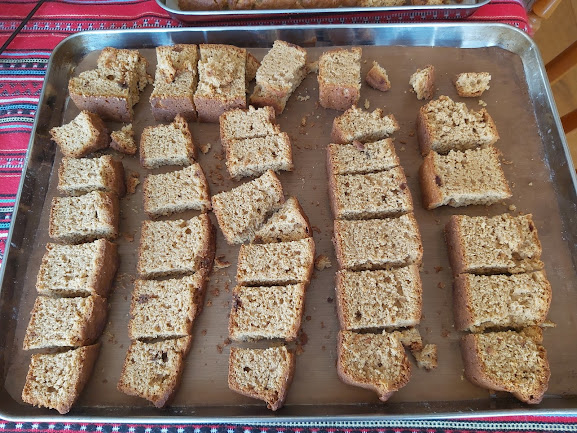 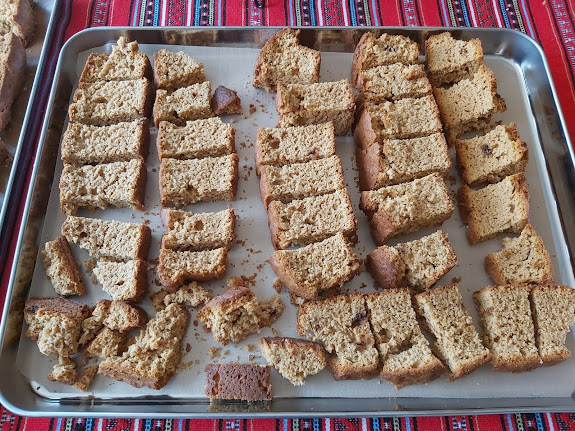 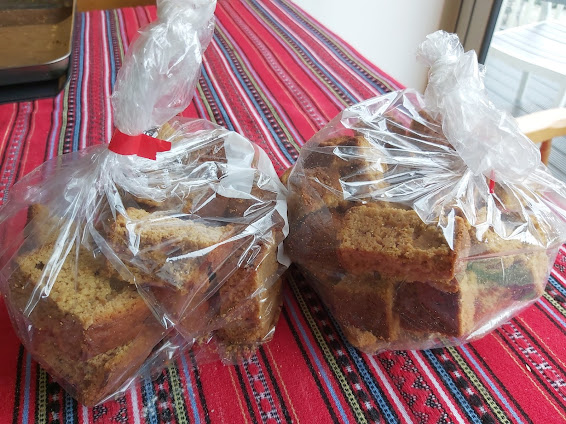 The rusks will keep for months and months. The ones I had yesterday (it's now August) were baked at the start of December.
Happy baking...and they're wonderful with a cup of fresh, hot coffee.
Labels: Beskuit Namibia rusk
Location: Ruthin LL15, UK