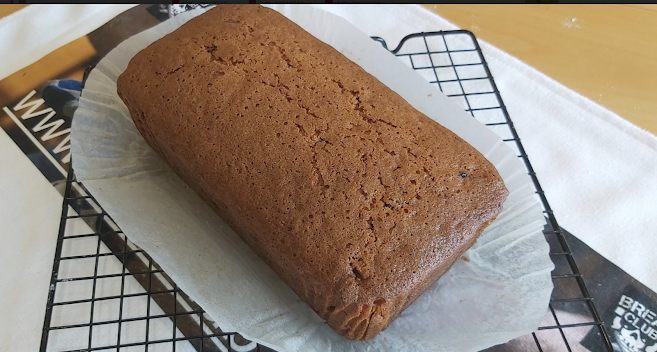 Bara Brith is as Welsh as Welsh can be. It's a speckled bread (bara - bread and brith - speckled) and was an 18th century embellishment on a somewhat plainer Welsh tea loaf.

Every family in Wales has a hidden and treasured recipe for Bara Brith. Recipes are handed down from generation to generation, probably with a slight tweaking, like a culinary version of Chinese Whispers.

At the time when the Welsh tea loaf became Bara Brith, through enriching it with more fruit and spices, the new creation was a festive treat saved for Christmas and St. David's Day (March 1st).  By 1865, the Welsh settlers along the Chubut valley in Patagonia, Argentina, were regularly baking Bara Brith, although their South American neighbours referred to it as torta negra (black cake).

We ate Bara Brith in February 2018 in a lovely tea room, the Ty Gwyn (White House), in Gaiman, founded by David D. Roberts in 1874, deep in the Chubut province of Patagonia in Argentina.

There are those of us here in Wales who have been enjoying Bara Brith as a regular bake for many years. For others these days, it is having something of a revival and recipes are being resurrected from handwritten notes in the back of old and dusty cookbooks and from the far reaches of rarely-tidied kitchen drawers.

Ours is a 19th century recipe. It was baked by my wife's maternal grandmother who may well have inherited it from her own mother. Certainly she passed it down to my wife's mother, Nain Gracie, who was brought up in the village of Tregarth, between Bethesda and Bangor in Gwynedd, North Wales. It's still a regular treat when we visit Nain to come away with a Bara Brith, wrapped in greaseproof paper and tied with string.

The quantities are as they have been for probably at least 150 years. A 'cup' is a standard measuring cup. 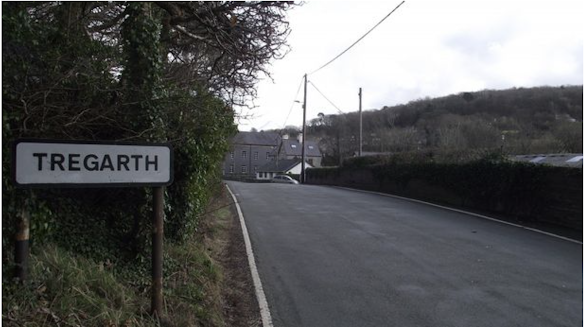 Like me, you may have wondered 'Why margarine and not butter?' In order to secure provenance, I went back to source and asked the same question.

During the Second World war, the quality of margarine deteriorated considerably. During this period, locally-churned farm butter was indeed used as a substitute for margarine. It provided a richer taste and, living in the country, was not necessarily a more expensive option.

Margarine was first made in 1869, in France. It was in response to a request from Napoleon III who wanted a cheap substitute for butter, made from beef tallow, for the armed forces and the lower classes. By the early years of the 20th century, advances in hydrogenation had improved the product and over the next few years, margarine became a staple in the Western diet and its popularity overtook butter.

For cake making, it was cheaper, lighter and gave better results.

I make our Bara Brith all in one large pan....and why not?

I dare say, when this goes 'public' there will be Welsh people that say 'Yes, that's like my nain's' or 'It's the same as Mam-Gu's recipe'. There will also be those who will recoil in horror with cries of 'Margarine? MARGARINE?' 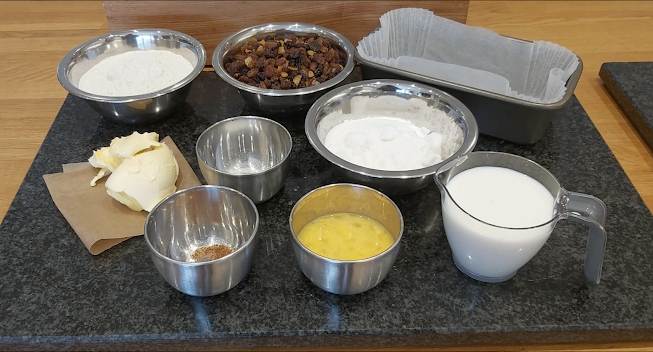 Turn the mix out into a lined loaf pan

Preheat the oven to 150⁰C and bake for one and a half hours.

Test with a needle to ensure the needle is clean when removed and the cake is done. 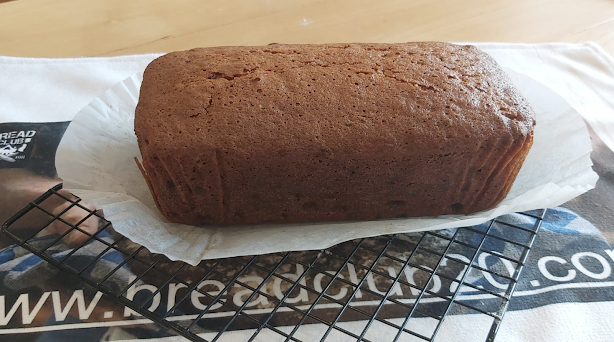 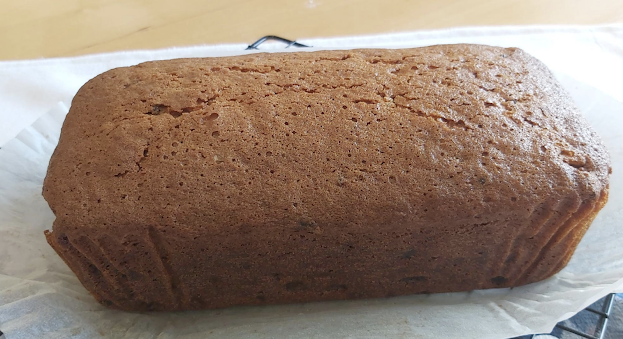 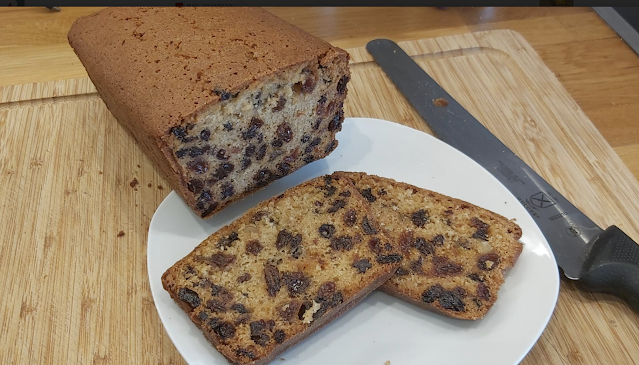 Wrap well for storing. Bara Brith freezes very well. However, keep in an airtight tin. It's glorious sliced with lashings of best butter.

Happy baking, or as we say in Wales, Pob Hwyl gyda'r Pobi.