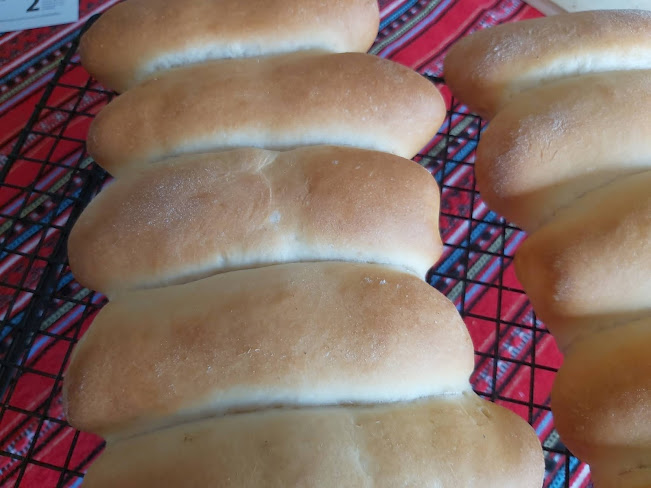 Do you think it might be a matter of your age or where you were brought up?

When does a 'bridge roll' become a 'finger roll'?

By the 1950s, bridge rolls were almost a staple at children's parties. I remember them well....they were usually filled with egg and cress, slices of insipid pink boiled ham (usually reconstituted), tuna, or...by far my favourite, Shippam's chicken or beef pastes. Or, if you were really unlucky....crab or bloater paste.

Even, after all these years I still have a soft spot for a bridge roll filled with either chicken or beef paste...my wife, whose tastes are far superior to mine, refers to them as 'beak and hoof pastes'.

But where does the term 'bridge roll' come from. Well, there are two possible explanations. The first is that they became very popular at afternoon parties at which the guests played bridge. The second is that they are batch baked - resting next to each other, to create fluffy sides - and each roll acts as a 'bridge' for its neighbour.

I suppose they also became known as 'finger rolls' because they are the shape of a finger. Ideally, they should be three time longer than they are wide, which is not a mathematical formula you'd apply to fingers...

Ten years later, by the 1960s, the bridge or finger roll was facing a decline. But, they're still available from bread counters and they're ideal filled as 'finger food' or to house a good quality sausage and fried onions on a cold night.

We mustn't mistake them for the iced finger bun. Although they are similar in shape, the iced-bun is a sweetened dough with the addition of a few currants and a thick layer of white or pink sticky icing sugar glaze on the top.

Anyway, back to the bridge roll (for the sake of sanity, let's call it that from now on).

This recipe makes 12 bridge rolls. If you want to use the same quantity of dough and purchase mini-individual moulds, you could produce vast numbers of soft mini rolls which would be perfect for one of those special dinner parties when you entertain Royalty! (yes, the tongue is firmly in the cheek). Just don't forget the bloater paste. Can you even still buy bloater paste?

Using a bread machine
Add the flour and the salt to the pan and cover with the liquid. Leave to autolyse for fifteen minutes. Add the remainder of the ingredients and choose a Basic Dough programme (2hrs 20 minutes) . Remove the dough from the pan and then proceed to the next stage.
Mixing by hand

If you're mixing by hand or using a stand mixer, add the softened butter and the salt to the flour and mix thoroughly. Then add the remainder of the dry ingredients (except the yeast). Slowly add the liquid and then the yeast until you have a sticky mix.

By machine - mix on a low setting until all incorporated and then turn up the speed and knead for approximately 6 - 8 minutes.

By hand - Turn the mix out onto a floured board and knead until you have a silky and pliable dough. (There are 'Help' videos and articles in the 'Useful Web and YouTube links' on the left hand side of this page).

Stand mixer and by hand : Place the dough in an oiled bowl and cover. Leave for an hour somewhere warm until the dough has doubled in size.

Grease a baking sheet or a baking pan. Weigh the dough and divide into 12 pieces. Each piece should weigh about 70 gms.

Keep the dough pieces covered while you shape one at a time.

Roll each portion in turn into a small boule. Then flatten and ease it out into a rectangle shape about 10 n- 12 cms long (4 inches).

Bring the long side furthest away from you in by one third and flatten down. Then  take the longest side nearest to you over the top of the seam and flatten.

Turn the dough over and form into a sausage shape with a smooth top. It should still be about 3 inches long.

Arrange the rolls in two rows on the baking sheet, almost touching. 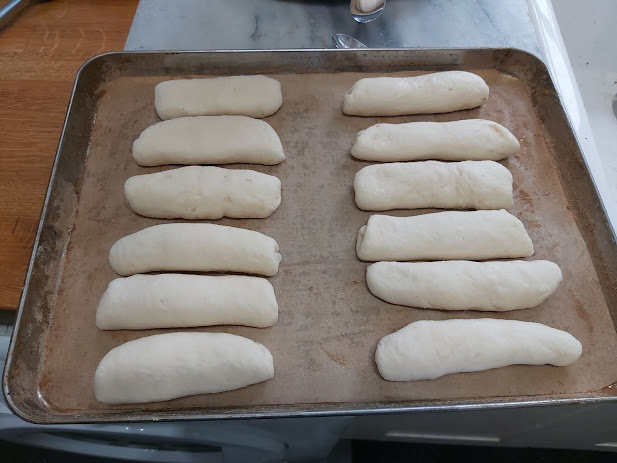 Cover with non-stick parchment paper and allow to rise for about 30 minutes in a warm place. They're ready to bake when they have almost doubled in size.

Bake the rolls for about 15 minutes until they are lightly golden. 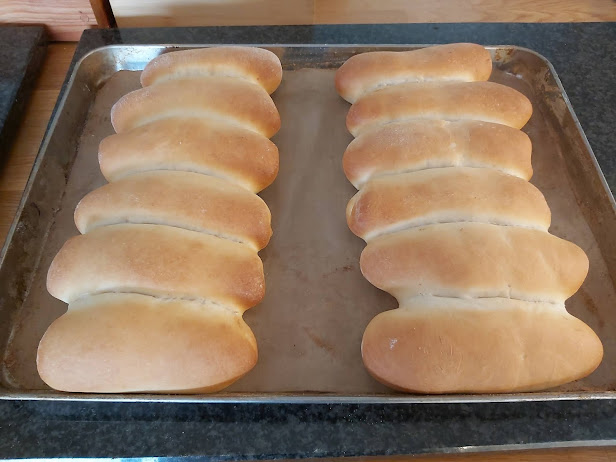 Cool them on a wire rack. If you want the traditional soft crust, cover them with a clean tea towel while cooling. They will 'steam' a little and that will soften the crust. 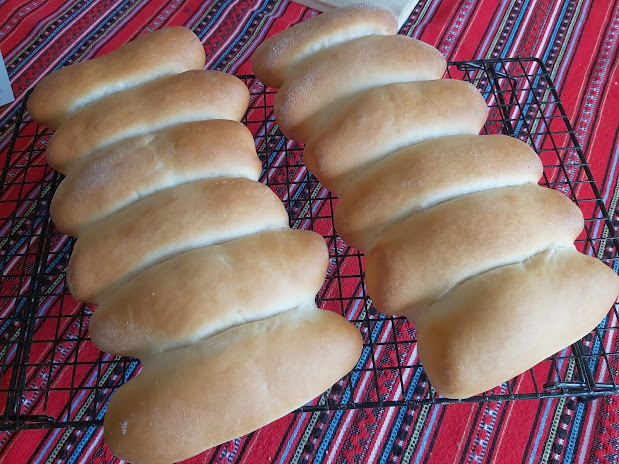 I'm going to grill some award-winning Edwards pork sausages from Conwy in North Wales and fill them rolls with them, fried onions, a sprinkling of Polish Prymat roasted onion bits, tomato ketchup and French's yellow mustard. It's film night! 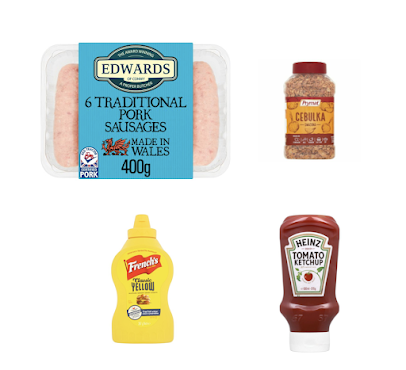 I suspect my better half would prefer egg and cress.... 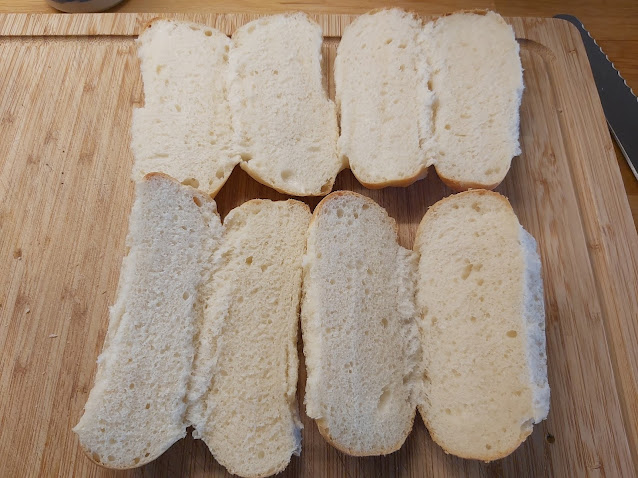