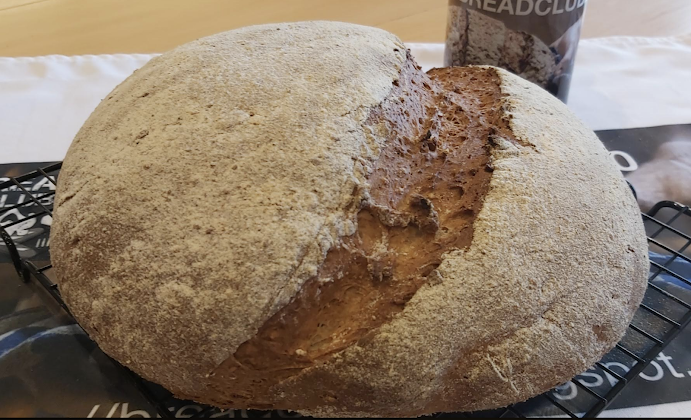 Spelt is also known as dinkel wheat or hulled wheat. It's an old wheat that's been cultivated since 5000BC.

In Greek mythology, spelt or ζειά in Greek, was a gift from Demeter to her people. The first found traces of it date back to the fifth millennium in Transcaucasia, north east of the Black Sea, in a land which would correspond today to Georgia, Azerbaijan and Armenia.

Spelt has been found in Neolithic cites in Central Europe, in Bronze Age settlements and in the Iron Age, in sites throughout Europe.

Biblical references refer to matzo, the unleavened bread that is a integral part of the Passover tradition where leavened bread, chametz, cannot be consumed. Matzo has to be made from whole grain but must be wheat, spelt, barley, rye or oats. It even withstood the seventh plague of Egypt as the harvest of spelt was a late crop and the storm passed it by.

By the 9th century AD, spelt was a staple crop in Britain. It withstood changes in temperature and had a longer life as it had to be husked, unlike other grains.

It was exported to the United States in the 19th century but by the 20th century, it had all but been replaced by wheat. And so it was until the artisanal bakers of the 21st century started a revival in its use for bread and pasta.

Spelt is good flour. It's good for you and your system. The Romans called it 'marching flour' in recognition of the high levels of carbohydrate it contains. Remember, a Roman marched anywhere between 15 and 18 miles a day. Not easy in a pair of hob-nailed caligae.

Spelt is low in fat and high in fibre. It's high in manganese, niacin and phosphorus. All that goodness!

Unfortunately, it does contain gluten which makes it suitable for people who find they are intolerant or who have wheat allergies.

So, today, we're making a seeded spelt loaf. It's a mixture of wholegrain and white spelt flour with a little strong white flour to lighten the load. It has a rich, nutty taste, helped along by a mixture of toasted seeds.

Enjoy it fresh or as an excellent toast for breakfast.

Spelt flour is no longer hard to find. My local supermarket stocks both wholegrain and white spelt, produced by Doves Farm.

75 gms toasted seeds - use, for example, sunflower and pumpkin seeds and sesame.

Heat a small non-stick frying pan and toast the seeds for 3 - 4 minutes. There's a narrow margin between 'toasted' and 'burnt' so keep an eye on them and keep them moving. When they're toasted, tip them into a saucer and allow to cool. 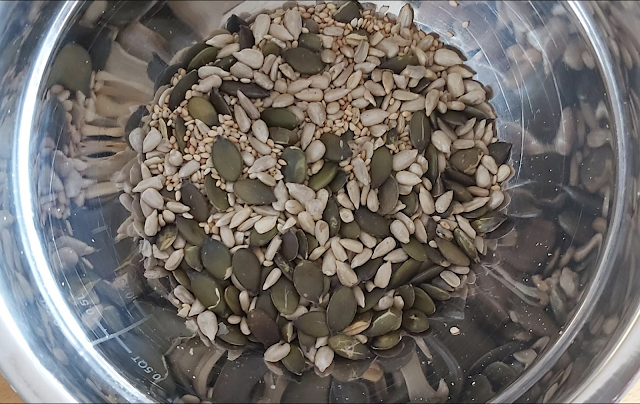 If you're using a machine, add the flours and the salt to the pan and cover with the liquid. Leave to autolyse for fifteen minutes. Add the remainder of the ingredients and choose a Basic Dough / Raisin programme (2hrs 20 minutes). The machine should let you know when it's time to add the seeds. The proceed to the next stage.

If you're mixing by hand or using a stand mixer, add the salt to the flours and mix thoroughly. Then add the remainder of the dry ingredients (except the yeast and the seeds). Slowly add the liquid and then the yeast until you have a sticky mix. Incorporate the seeds and mix well. Turn the mix out onto a floured board and knead until you have a silky and pliable dough. (There are 'Help' videos and articles on kneading in the 'Useful Web and YouTube links' on the lefthand side of this page). Place the dough in an oiled bowl and cover. Leave for an hour somewhere warm until the dough has doubled in size.

Tip the dough out onto a floured board and gently stretch and fold bringing the edges in together until you have a shape that is similar to your 2lb loaf tin. Place the dough in the loaf tin, cover with parchment paper and leave in a warm place for 40 - 60 minutes to double in size.

Alternatively, bring the edges together and form a boule on your floured board. Gently place the edge of your palm behind the boule and encourage it towards you, so developing tension on the surface of the dough. Turn the boule through 90⁰ and repeat the process five or six times. Gently place the boule in the banneton, cover with cover with parchment paper and leave in a warm place for 40 - 60 minutes to double in size. 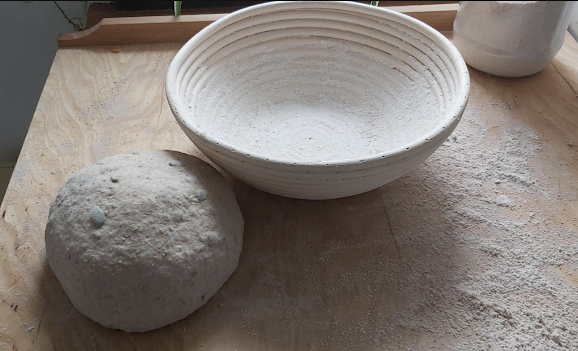 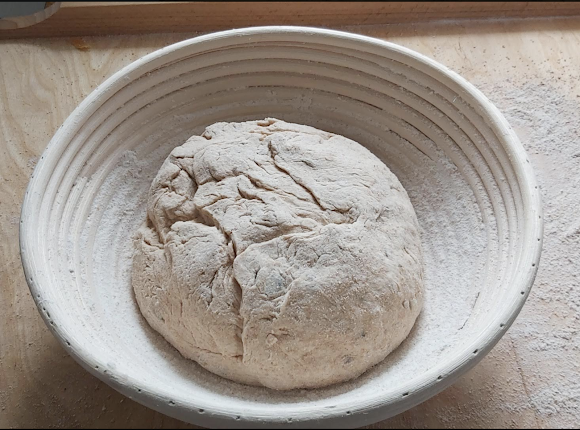 Preheat your oven to 200⁰C.

Mist the dough in the loaf tin with water and place on a lower shelf and back for 30 minutes.

Alternatively, gently tip the dough out of the banneton onto a baking tray (or onto a baker's peel if you have preheated a baking stone or pizza stone in the oven), mist with water and dust with flour. Slash as desired (remember, always slash from the outside into the middle - it helps the rise) and place in the oven for 30 minutes until it's golden brown. 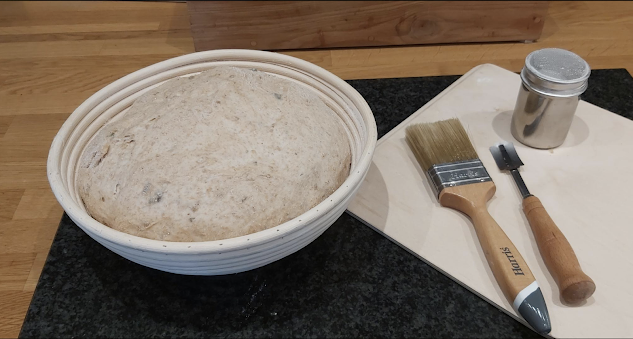 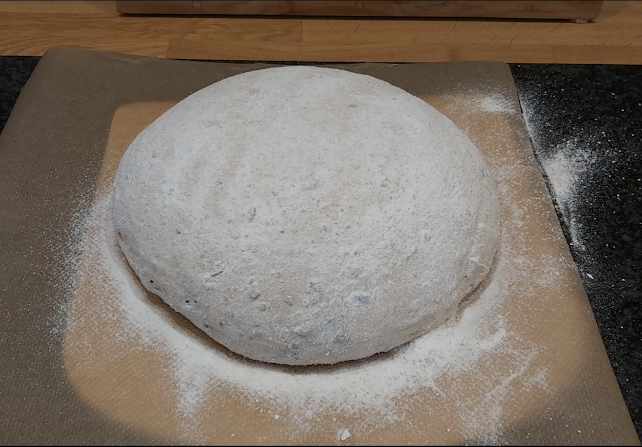 Place on a cooling rack. 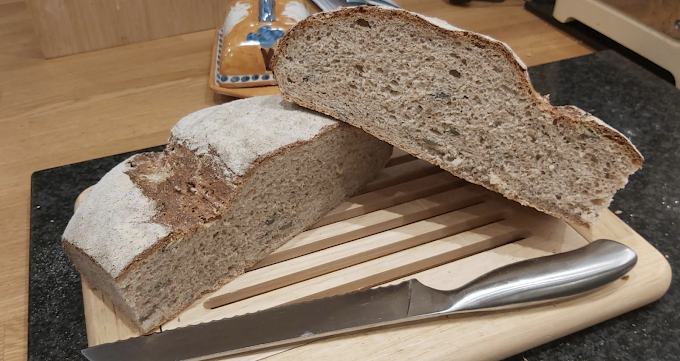