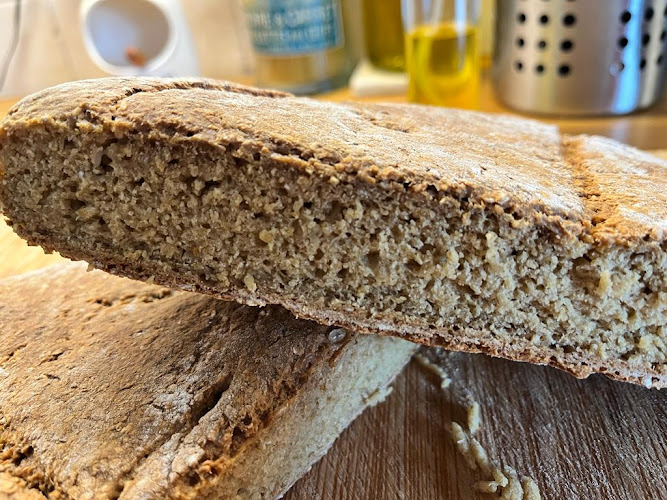 Beannachtai na Bealtaine!
When May 1st falls on a Sunday, it is doubly auspicious. It's then that it's properly Beltane. It's halfway between the Spring equinox and the Summer solstice. Traditionally, it is a festival day in Ireland, Scotland and the Isle of Man. In Wales, we call it Calan Mai. In times gone by, special bonfires would be built to bless the fields, the animals and the community and feasts would be prepared. Families would bake Hearth bread - baked on the hearth - on a pan, griddle or stone in the ashes of the fire. 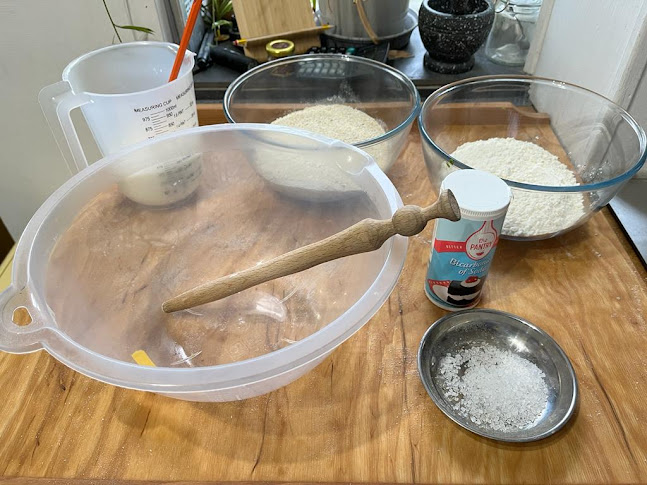 Bannock was, and is, the traditional bread for the hearth at Beltane. Robbie Burns actually composed a poem in celebration of the bread: Bannock O Bear Meal (1794).
330g Ground oats / oatmeal (to make your own, blend porridge oats into a meal)
265g Plain / All purpose flour
2 tsp Baking soda / bicarbonate of soda
1½ tsp sea salt
1½ Cups Buttermilk (375 gms)
and a stick to stir everything together - I use a spurtle - it's in the photograph.
(If you want to make your own buttermilk - add 3 tablespoons of lemon juice to 375 mls of milk and stir. Leave for half an hour for the milk to curdle. And, voila, you have buttermilk. It'll keep for 3 days in the fridge)
Mix everything together into a stiff mix. Roughly shape it to the size of your pan. You might have a add a little more flour to avoid it becoming sticky. 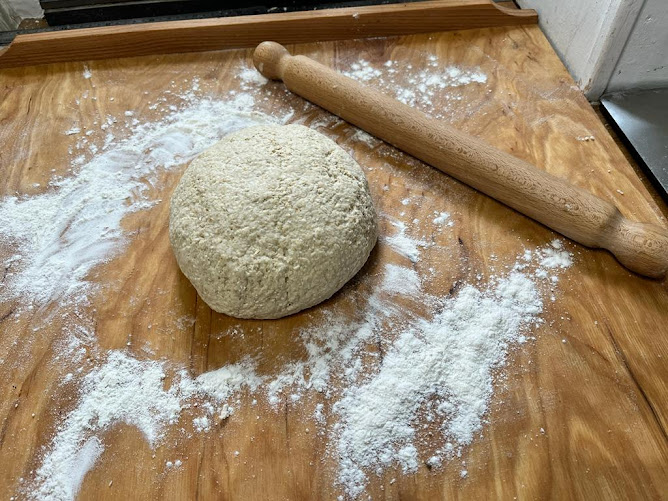 Preheat your griddle or pan - try for a low to medium consistent heat rather than a blazing heat. An even slow cook is preferable
If you're baking on a fire, so much the better. This works equally well on a BBQ - especially if it's raining....as it is here today.
Place the dough in the pan and, using a knife, cut through so you can easily divide it into four quarters. The Australians would tell you that they do that to Damper as it makes it easier to break open when it’s hot. We’d tell you that we do it to Bannock to represent the four quarters of the moon and the four cycles of the Earth. I know which I prefer… 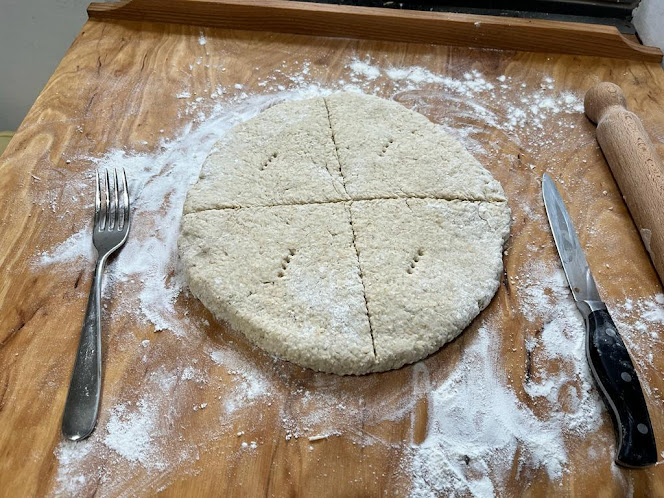 Then, using a fork, prod each quarter once with the fork to let the faeries escape. You’d do the same with Irish soda bread or English / Irish Farl, the faeries deserve their freedom. 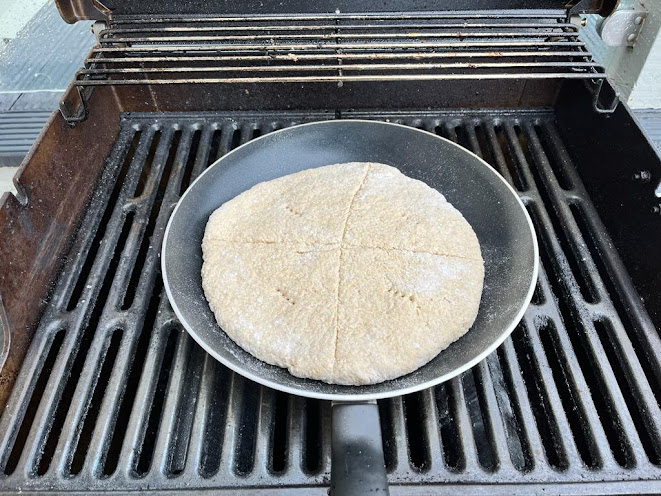 Place the pan on the fire ashes making sure the heat is evenly distributed. You only turn a bannock once, so leave the first side longer than the second to ensure it's cooked. You may need to give the pan a shake to avoid it sticking - this is called a 'shuggle'.
The bannock should rise about an inch so make sure it's not too thick when you start. 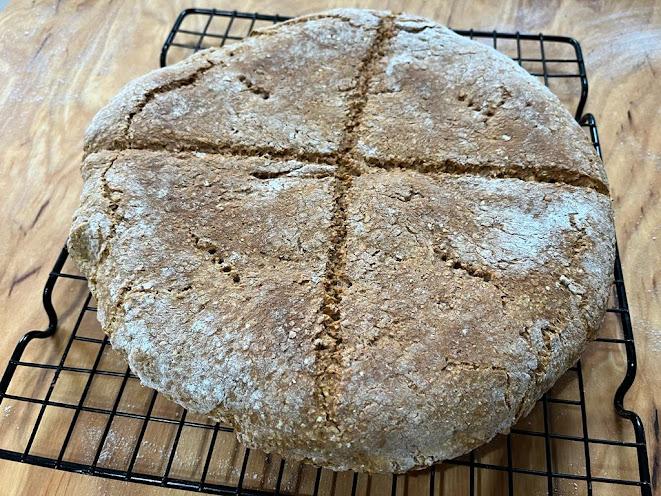 Cool on a rack - they've traced bannock cakes back to Iron Age Man - this is as rustic as you can get - don't go for 'beauty' go for tradition and taste! 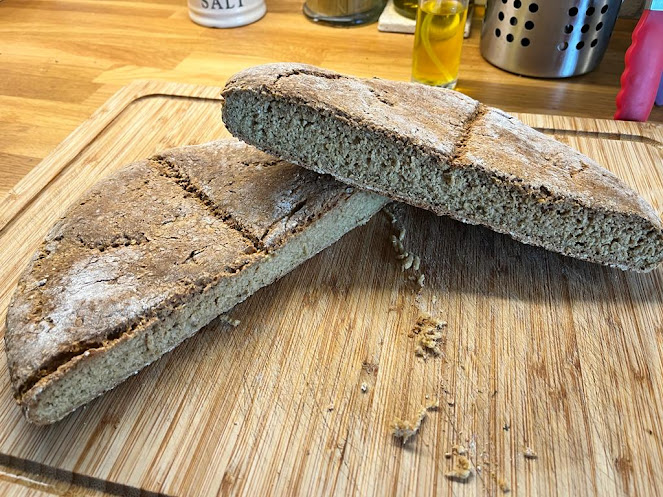