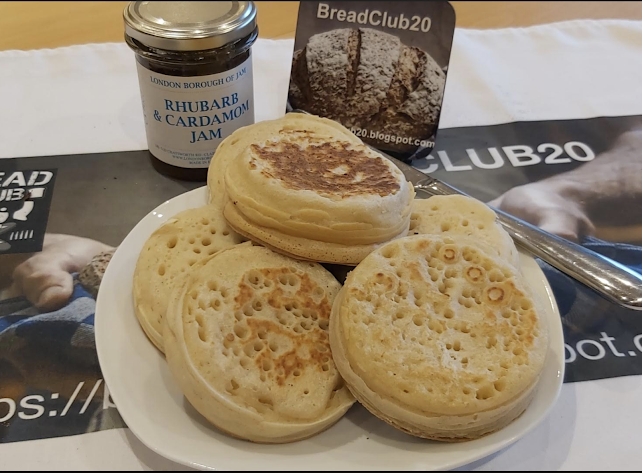 During the first Coronavirus lockdown of 2020, Warburtons gave away their crumpet recipe and issued a challenge to home bakers to turn out a crumpet as good as those sold by Warburtons.

Warburtons is synonymous with crumpets. OK, the major supermarkets produce their own but when it comes to the archetypal English crumpet, then the name 'Warburtons' must carry the standard.

Thomas and Ellen Warburton  opened their grocery shop in Bolton in 1870. By 1876, Ellen, during a slump in the grocery market, had turned her hand to baking bread . A fortnight later, 'J Warburtons, Grocers' had become 'Warburtons the Bakers'. These days, they employ over 5,000 people and produce over 2 million products every day. They're still a family firm and still at Back'o'the'Bank House on Hereford Street in Bolton.

Crumpets have a long history. Seeming to originate in Wales and, at the same time, being part of the Anglo-Saxon diet, the 'crumpet' was a name given to a product that was baked on a griddle rather than in the communal village bread oven.

Bara-planc or griddle bread was part of the staple diet in Wales until the 19th century. The first recognisable crumpet-style recipe dates further back to 1769 when Elizabeth Raffald, who coincidentally, was housekeeper to the landed Warburtons of Arley Hall, Cheshire (not directly related to the bakers), wrote about the crumpet in her book, 'The Experienced English Housekeeper'.

Raffald refers to them as 'picklets' - a name deriving from the Welsh bara pyglyd, or 'pitchy bread' ('pitchy' as in dark or sticky). But, by the 17th century, thanks to the lexicographer, Randle Cotgrave, who compiled a Dictionarie of French and English Tongues in 1611, they were 'soft cakes of fine flour', barrapycleds  or popelins.

The popularity of the crumpet spread, but they were always referred to as pikelets, a name still in use from the Midlands northwards, even today.

But where does the word 'crumpet' originate? There's a close similarity with the Welsh crempog which is a pancake and the fact that both are made from a batter links them even closer. Bretons have their krampouzh and the Cornish have their krampoth. But, like many words in English, this could easily be a red herring.

In 1883, a contributor to the Manchester City News column 'Notes and Queries', suggested that they were named after the metal ring that was used to contain the batter during cooking - it was locally referred to as a crampet. I'm tempted to throw my lot in with that as the most likely source.

By late Victorian times, the crumpet had ceased to be a hard griddled cake and was now a spongey battered product helped along by the use of bicarbonate of soda. Dorothy Hartley, who we first met when we made the Lancashire Bun Loaf (https://breadclub20.blogspot.com/2020/11/lancashire-bun-loaf.html), pinpointed the style of crumpet we now know and love as part of the heritage of the West Midlands.

Whatever you wish to take from this, it's clear that a crumpet is not a griddle cake, nor is it a drop scone, a pikelet, a muffin, a Scottish crumpet, an Irish crumpet or a pancake.

It's a crumpet! And this.....is the Warburton's recipe. 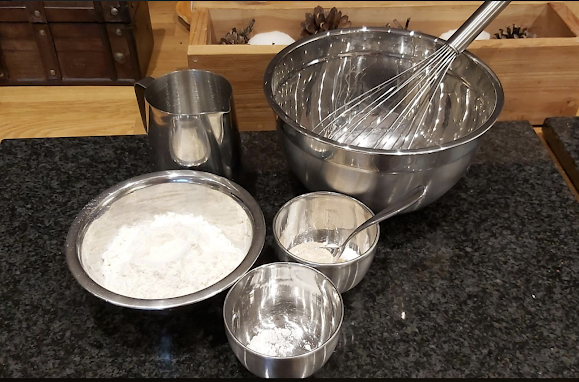 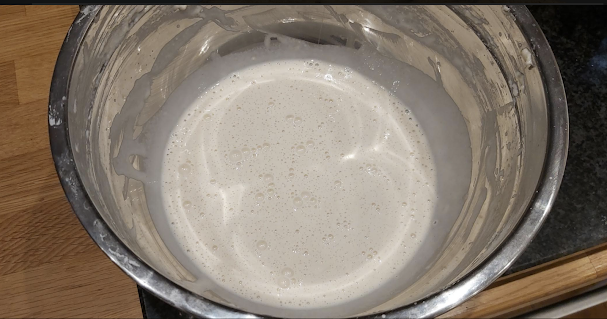 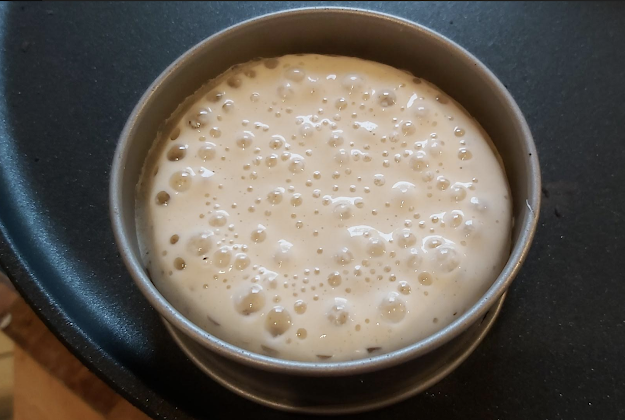 Like Warburtons, I'm going to leave them slightly underdone...so they'll finish off in the toaster tomorrow.
TO AVOID DISASTERS...
Happy baking...