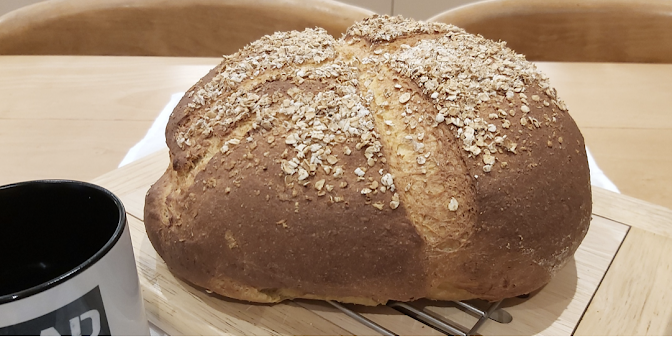 Adding potatoes to bread is a very old breadmaking skill. The potato or potato flour replaces a portion of the wheat flour and provides its own starch, lightness and taste.

In Britain, adding potato to bread has produced such regional varieties as 'slims', 'fadge', 'potato farl', 'potato cake' and, in Eire, 'tatie bread'.

It's eaten in Poland, Norway and Hungary, and it's very popular in the United States.

However, it was the Cherokees who first made their potato bread using sweet potatoes.

Of course, sweet potato isn't really a potato, only a very distant cousin. The sweet potato belongs to the bindweed or morning glory family and it's the tubers, or roots, that are, what we know as, sweet potato.

To confuse matters even more, in North America, sweet potatoes are often called 'yams', although they are totally unrelated to true yams.

The sweet potato originated in South America over 5,000 years ago. The Yocatán Indians helped to spread its use amongst the First Nations and the Spanish colonialists took it to the Phillipines and from there it went to China and across Europe.

In the UK, potato has been added to bread since the early eighteenth century, originally as  a cheap addition during times when the price of flour rose or shortages occurred.  In 1810, Mr A Hunter, produced his book 'Receipts in Modern Cookery, with a Medical Commentary' where he advocated the use of potato to increase the lightness in bread, rather than it simply being a cheaper substitute.

But, let us head back to the Iroquoian Cherokees of the Appalachians, Georgia, Tennessee and North and South Carolina.

We're going to use sweet potato in a traditional bread recipe to provide lightness and colour - not to mention a distinctive and lovely taste.

Leave the skin on the sweet potato. Boil until very tender. Drain but keep the water.

If you're using a machine, add the flour, sweet potato, rolled oats and dried milk powder to the pan and cover with the cooled potato water. Leave to autolyse for fifteen minutes. Then, add the remainder of the ingredients and choose a Basic Dough programme (2hrs 20 minutes). Then proceed to the next stage.

If you're mixing by hand or using a stand mixer, add the softened butter and the salt to the flour and mix thoroughly. Then add othe remainder of the dry ingredients, including the sweet potato. but gold the yeast back at this stage. Slowly add the potato liquid and finally the yeast until you have a sticky mix. Turn the mix out onto a floured board and knead until you have a silky and pliable dough. (There are 'Help' videos and articles in the 'Useful Web and YouTube links' on the lefthand side of this page). Place the dough in an oiled bowl and cover. Leave for an hour somewhere warm until the dough has doubled in size.

After the dough has doubled in size or the machine programme has finished, turn the dough out onto a floured board. 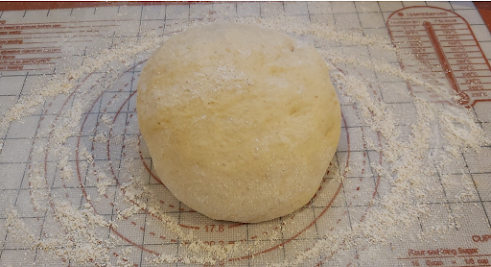 Gently stretch and turn for a few minutes. Remember, this is a process of pulling the dough away from you and folding it back to roughly a third of its original length. Then turn it through 90 degrees and repeat. After a few stretches and turns, you'll feel the dough tighten up. Form into a boule and either place on a floured baking tin or in a well-floured banneton. Cover with parchment paper and leave in a warm spot for about forty minutes or until it has doubled in size. The sweet potato makes the dough quite energetic, so keep an eye on it. Forty minutes is usually enough.

Preheat the oven to 190 degrees C.

If you're using a banneton, carefully turn the loaf out onto a baking sheet (if it's already on a sheet to prove, this stage will have been completed) 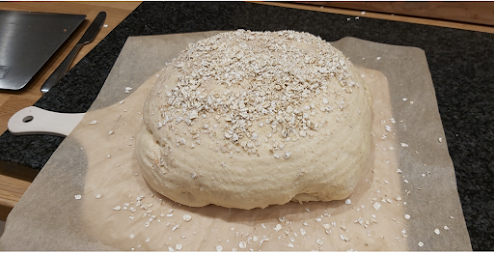 Slash the dough to help the oven-spring. The second proving was in a 10 inch banneton and, as you can see, although it is the largest banneton I have, it's not quite big enough. Hmmm - It might look tidier being baked in a Dutch Oven? At least that will provide a very energetic and light loaf with enough room to grow. Oh come on, it's 'artisan' bread, after all!

Place in the oven on a low shelf and bake for 30 minutes until the loaf sounds hollow when tapped on the bottom.

The end result is pretty dramatic. Try it. 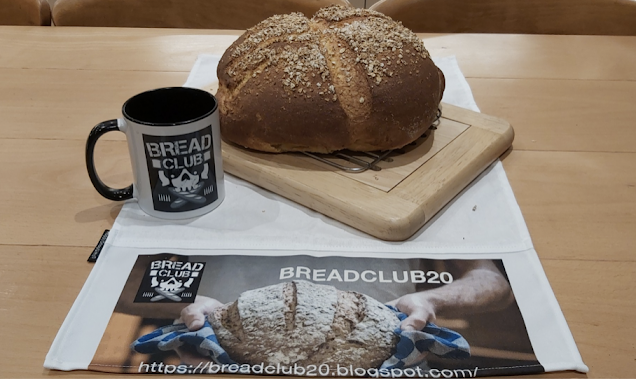 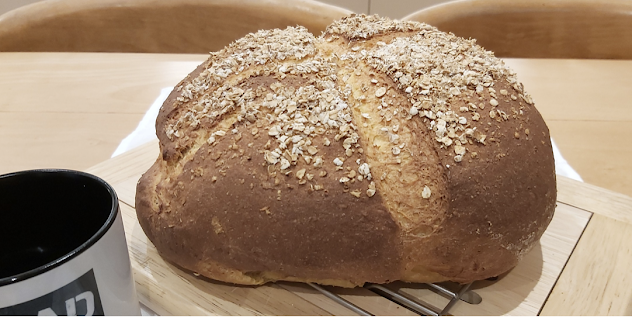