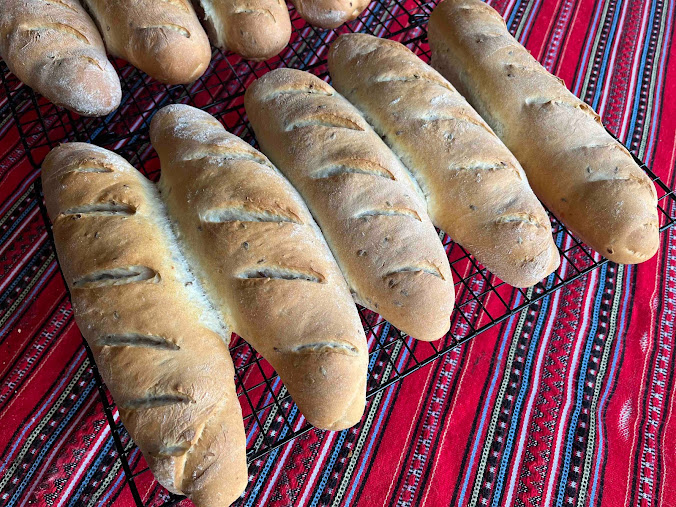 In 1965, the first Subway outlet opened in Bridgeport, Connecticut.  The first UK 'Subway' outlet arrived in Brighton in 1996. Today, there are 41,600 outlets worldwide. It's the 4th largest fast food outlet after McDonalds, Starbucks and KFC.  Interestingly, the Subway that is credited with being the 'most remote' is in Utqiagvik, Alaska...unless, of course, you live there! 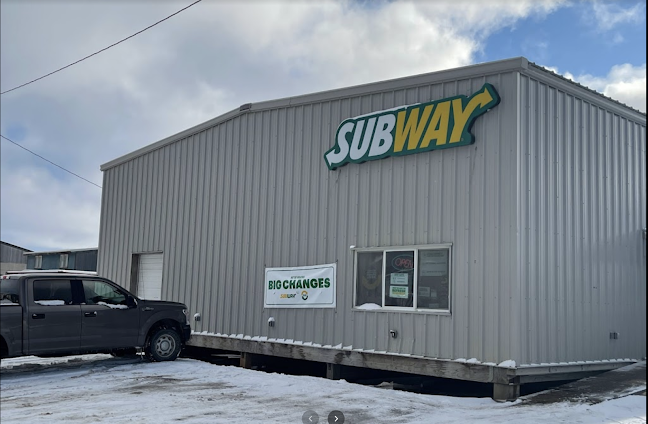 Even Liechenstein has Subway - only the one, though.
The problem is.....it's not great bread. It's like the McDonalds' bun. It satisfies that bit of your brain that locks on to cravings....but that's about it.
But the 'sub' itself has an interesting story.
For a start, not everyone calls it a 'sub'. In Philadelphia and West Pennsylvania, it's known as a 'hoagie'. In New York City, it's a 'hero'. In Maine, it's an 'Italian sandwich' and in New England, it's a 'grinder'. In East Boston, it's even called a 'spuckie' after the Italian 'spuccedella'.
By favourite, I think is, the Dagwood.....it's a name used from as far away as Ohio, South Africa and Florida....supposedly named after Dagwood Bumstead, the cartoon character who would find all manner of foods to put between two slices of bread... 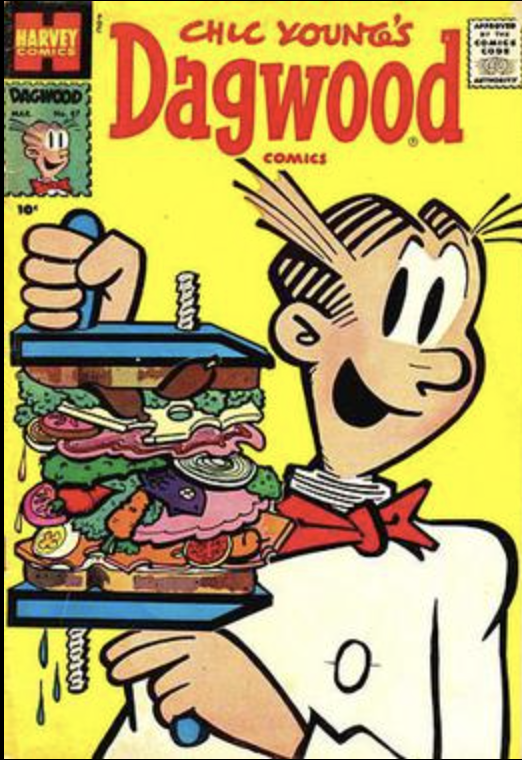 But the personalised names for the 'sub' extend beyond the shores of its origin.
In Belgium, it's a 'smoske' or a 'dagobert'. In Cape Town it is sometimes called a 'Gatsby'. You'll also hear them referred to as 'torpedoes', 'rockets' or 'zeppelins',
The good news is that, not only is there a wide range of names for, more or less, the same item; whilst retaining a certain standardised shape, there's no ruling from 'on high' as to the style or type of bread that can be used.
It should be long and flat and may contain flour, egg, milk, oil, salt, yeast and sugar. It can also be sourdough based. It can be gluten-free or vegan, or topped with sesame or other seeds.  It just sort of arose out of Italian-American cuisine and came without the usual rules or regulations that give it a firm and fixed identity.
Today, we're going to make a stack of them....let's call them 'subs'...they're going to go into the freezer for sandwiches and panini in future days / weeks.
What you put into a 'sub' is also a free-for-all. We tend to use them for bacon, sausage, cheese and tomato, tuna, salad, toasted cheese, mackerel fillets........it's up to you.
We're also going to use a recipe that asks for a certain quantity of sourdough discard, although you could use any good sandwich dough or bread roll recipe. In fact, if you've got this far and are suddenly up against a wall with the mention of 'sourdough discard', use this recipe, instead....
https://breadclub20.blogspot.com/search?q=breadclub20+style

200 gms of sourdough starter (you can use recently fed or unfed for this recipe... there's lots of bacteria and yeasts ready for action in both forms)

100 gms unsalted butter (there's enough salt without adding more in the butter. If you've only got salted butter, cut back on the sea salt a little)

I'm also adding2 tablespoon of chia seeds. These are optional, you can add different / more seeds or don't bother at all.

Using a bread machine
Add the flour, discard and the salt to the pan and cover with the liquid. Leave to autolyse for fifteen minutes. Add the remainder of the ingredients and choose a Basic Dough programme (2hrs 20 minutes). Then proceed to the next stage.
Mixing by hand

If you're mixing by hand or using a stand mixer, add the softened butter and the salt to the flour and mix thoroughly. Then add the remainder of the dry ingredients (except the yeast). Slowly add the liquid, the discard and then the yeast until you have a sticky mix. Turn the mix out onto a floured board and knead until you have a silky and pliable dough. (There are 'Help' videos and articles in the 'Useful Web and YouTube links' on the left hand side of this page). Place the dough in an oiled bowl and cover. Leave for an hour somewhere warm until the dough has doubled in size.

1. Prepare a baking tray and line it with either silicone, or baking paper or grease / flour it well.

2. Tip the dough out onto a floured worktop and knock it back. By now it will have already had a first proof.  Divide it into half. 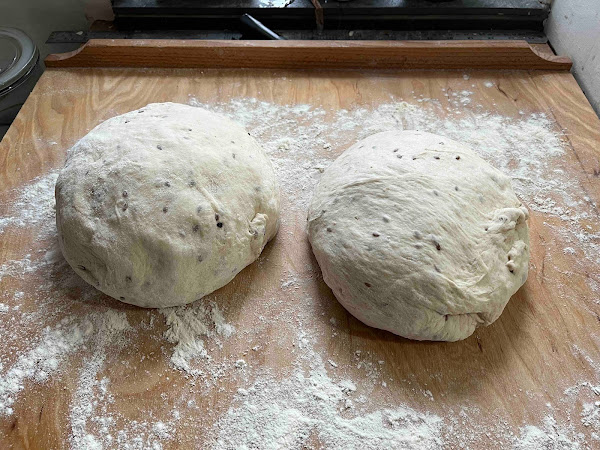 3. Weigh each half the dough and divide it into equal portions. (about 188 gms per sub) 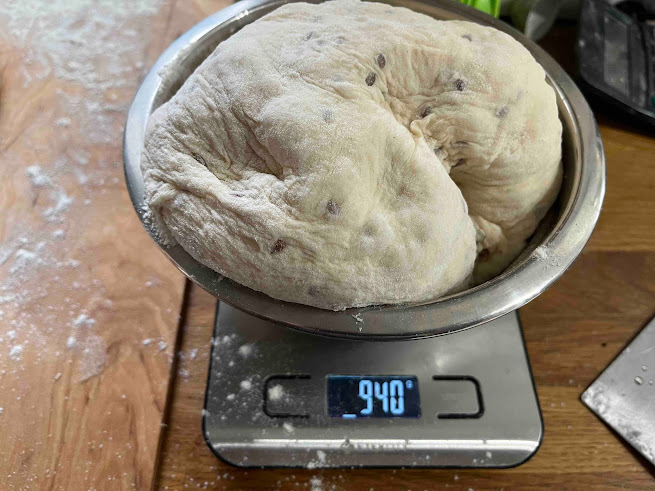 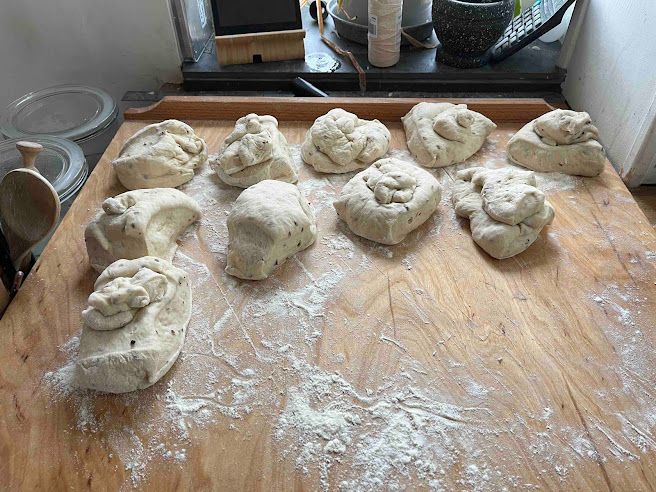 4. Roll the dough pieces into rolls. Leave them to rest for 10 minutes. 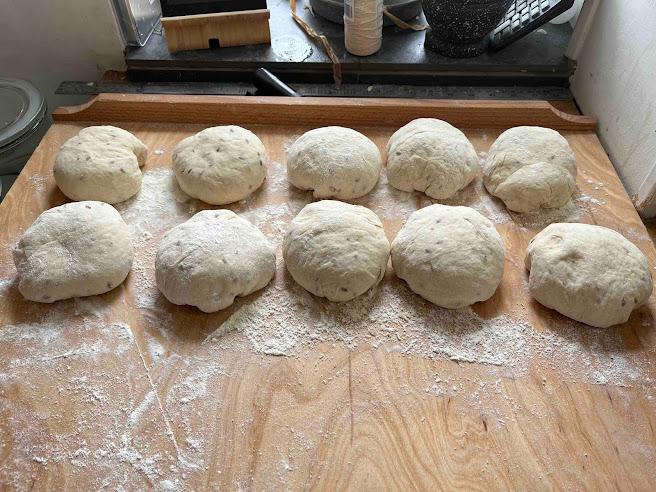 5. Take each roll and gently flatten into an oval. Mold into a tube shape and gently stretch and roll until it's the required length. Place on a baking tray, side by side. If you want soft sides, batch bake them by laying them close enough to each other that they touch as they expand during the second proof. 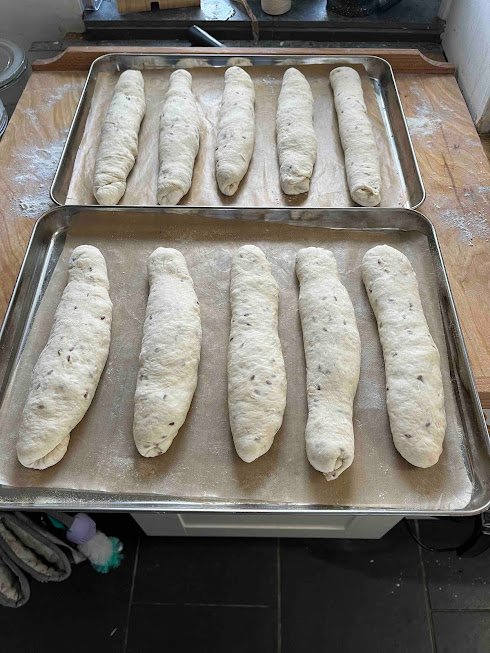 8. Dust the tops of the rolls with flour  and score four or so times across the bread at 45⁰ 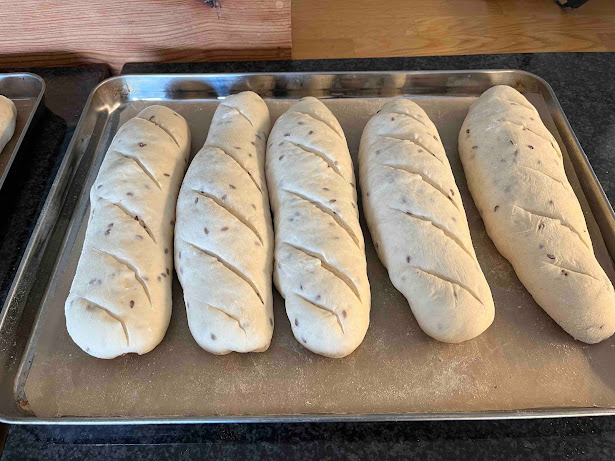 10. Remove from the tray and cool on a rack. 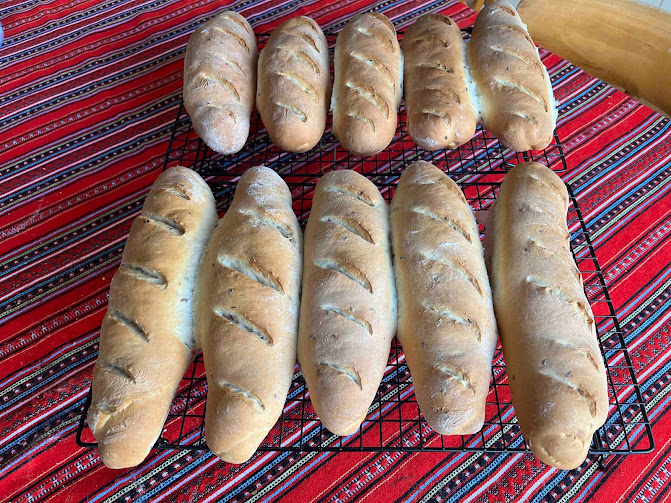 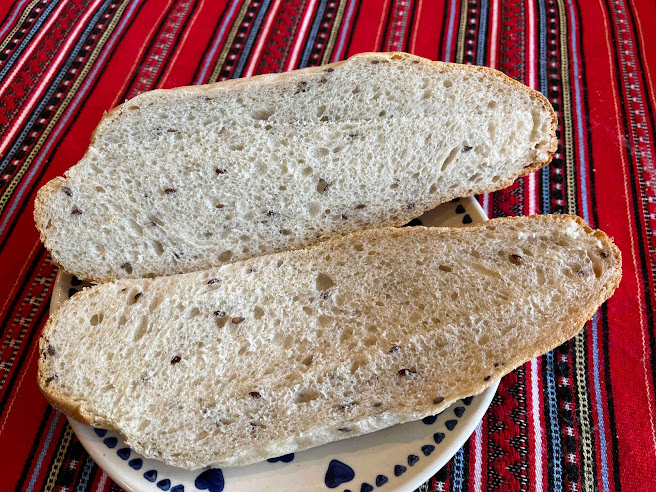 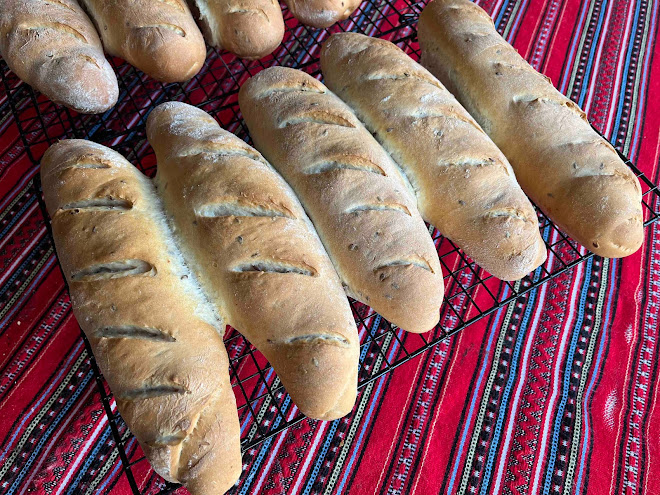 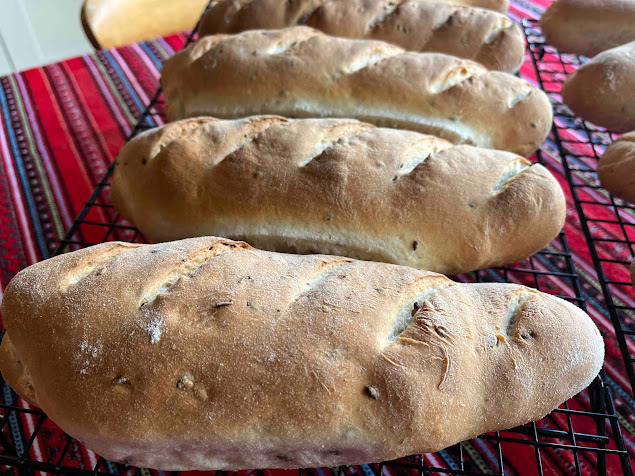 Remember, you can freeze these rolls very successfully. Just allow them to thaw and they're as soft as when you started. 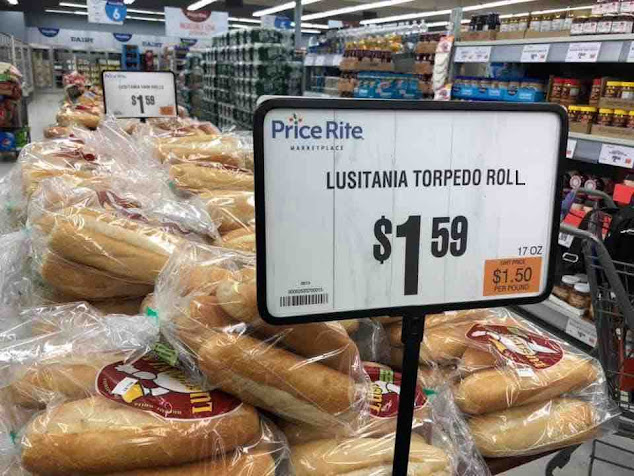