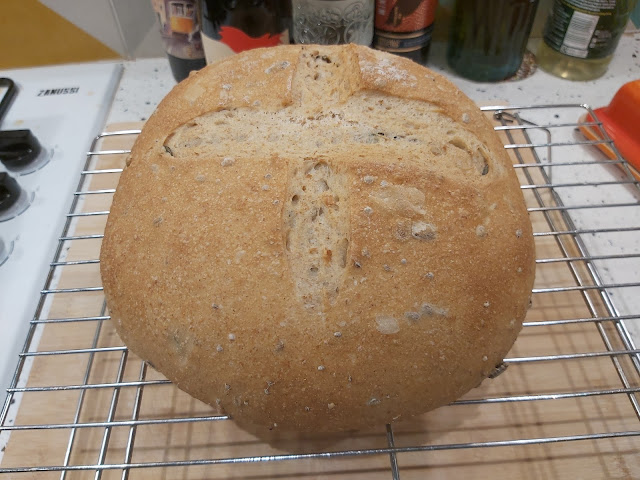 These days, you'll rarely see a Coburg loaf outside of a traditional or artisan bakery. But, that wasn't always the case. The Coburg was massively popular during Victorian times and many people think that the name was acquired in recognition of Queen Victoria's husband, Prince Albert Saxe-Coburg-Gotha.

In 1895, however, Charles Harper wrote in 'The Portsmouth Road' that the loaf first acquired its name in 1816 when Charlotte, the daughter of the Prince Regent became married to Leopold of Saxe-Coburg, the German Duchy.

The word 'Coburg' itself, is a lot older and for centuries it was associated with a rough and coarse fabric that was used  to fashion mourning clothes. The rough and coarse flour that was often used for the Cobug loaf could have been the origin of the name.

So, in reality, the Coburg loaf has a rather vague origin. In fact, the use of the word 'Coburg', for a loaf, had been around for centuries. It was a loaf made from coarse grains and was often called a 'Brunswick' loaf. So, where does this leave us? Well, not very far into the etymological mystery, unfortunately. The simplest solution might well be that a German baker in London gave his name to the loaf and, as it became popular, the name stuck?

Unless, of course, there is a link between the 'cob' and the 'Coburg'? Well, there is an association in the shape and cob loaves by name have been as such since the 17th century. They are even mentioned in Shakespeare's 'Troilus and Cressida'.

However, there is some agreement as to the form and look of a Coburg loaf. Firstly, it has to be baked free-form in the oven and not constrained in a tin. Secondly, it has to be scored with a cross on the top prior to baking so that the oven-spring will force the loaf to open up the cross as it bakes. Thirdly, if the scoring takes the form of cuts across the loaf in a chequer-board fashion, then the loaf takes on a new name and becomes a 'College' or 'Manchester' loaf. Sometimes, this added scoring gives its name to the 'porcupine loaf'.

As for the flour, well, the 'regulations' seem rather lax in this department. You can make a Coburg out of pretty well any flour you choose: white, whole-grain, wholemeal, brown, rye.......

2 tablespoons olive oil (you can also use vegetable oil instead or 20 gms butter, if you wish)

1. In a separate bowl mix the water, oil and the yeast together.

2. Mix the flours and then add the water / yeast mixture. Cover and leave for 15 minutes.

3. Add the salt and mix well until all is incorporated.  Cover and leave for 30 minutes. 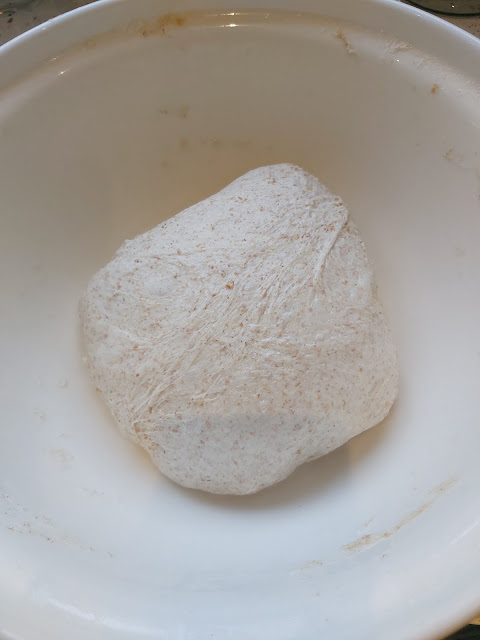 5. Tip the dough out onto a lightly floured board and form into a boule. Develop surface tension by gently pulling the boule towards you down the worktop using your cupped palms. Repeat three of four times.

If you're adding seeds to the loaf...laminate the dough at this stage, spread the seeds across the dough and then reform into a boule by folding in the sides and then rolling it up top to bottom 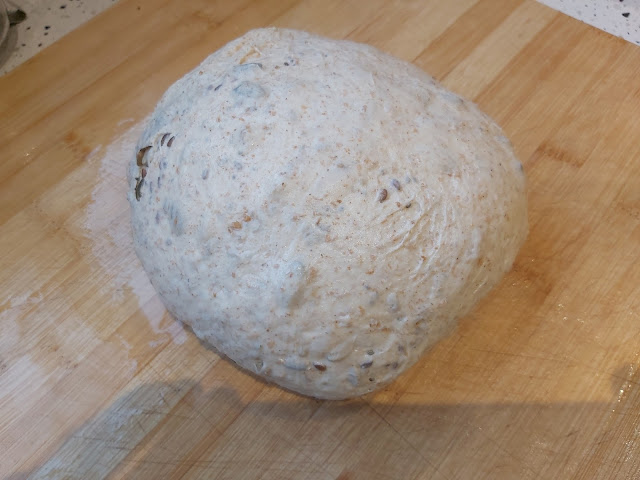 6. Place the dough on a piece of parchment paper, cover and leave at room temperature for 20 minutes.

7. Reshape in a similar way and return to the parchment paper. Leave to rest for 35 minutes. 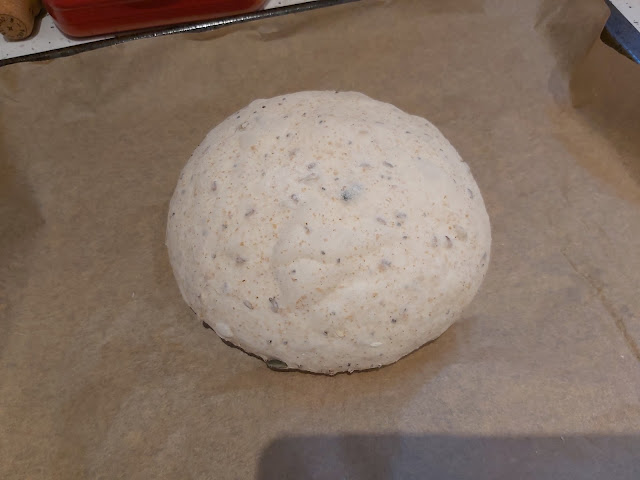 8. Pre-heat your oven to 190C and add a small container of water to generate extra steam.

9. Score the top of your loaf with a cross (about 1 cm deep). Mist and bake for 30 minutes until the loaf is hollow when tapped on the underneath,. 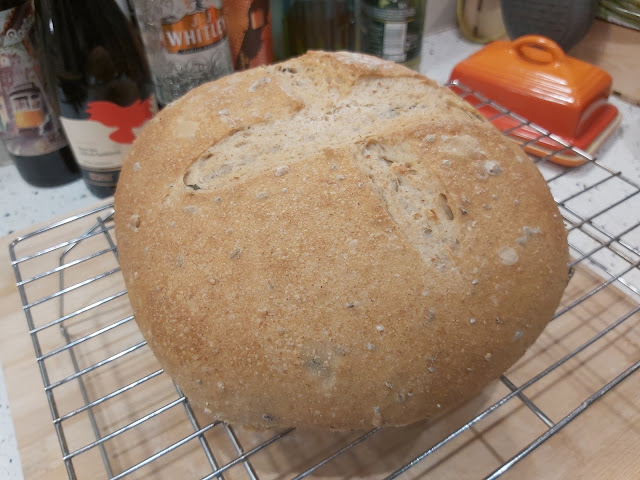 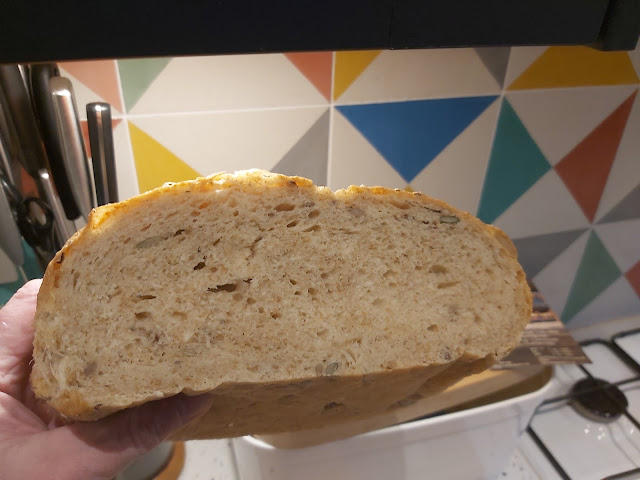