This week? The French baguette - or is it a batard? 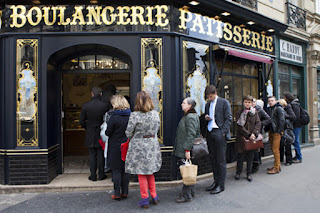 If you've ever been into a boulangerie you'll know that:

a) baguettes take hours and hours to make and are usually started by the baker the night before,

b) they're best eaten straightaway and take on a fossilised consistency by the following morning,

c) bakers generally wash their cars at 3 a.m. because they're waiting for the magic to happen,

d) the little piece of paper that they wrap the hot baguette in is so that you can walk home with it under your armpit without everybody else being disgusted at your personal hygiene levels.

The big question is....how can you manage to achieve (a) at home. I'm afraid that (b), (c) and (d) are between you and your Higher Power.

Over the years, I've experimented with a number of recipes and approaches. Because life is short and I'm all for making things as easy as possible....this is my contribution to the mystery of the baguette...

I'm starting with T55 French flour. It's the equivalent to Italian Type 'O' flour - not as fine as the Type 'OO' that you'd use for pizza but a little finer than the normal strong white flour we have in the UK. 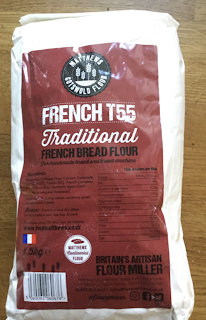 500 gms of Type 55 flour
360 ml of cool water
10 gms of sea salt
5 gms (one teaspoonful) of instant bread yeast.
(if you like your bread a little sweeter, you can add 1 teaspoonful of honey. I don't but I know people who do....)
Then the mixing, kneading and proving starts. Obviously, it goes into the machine....as it does in all French boulangeries. There's a French dough programme on my machine that takes three and a half hours -  it's a slow and steady process that can't be rushed....
Meanwhile, I can get on with other things....like washing the car? 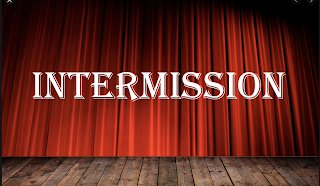 After three and a half hours, the dough is ready. T55 flour makes for a soft and springy dough. The mix should give you about an 880 gm ball that can be split into four baguettes at about 220 gms each. 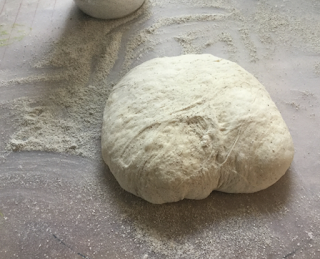 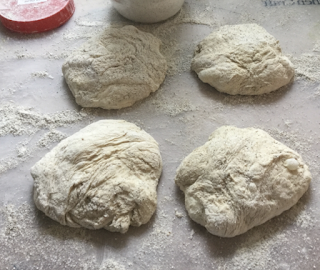 Take each quarter of the dough and, on a fairly heavily floured board (I use rye flour on the board as it's coarser and isn't easily absorbed by the dough), stretch it out into a rectangle. Then roll it up on the long side, as though it was a Swiss roll. Practise makes perfect with this and eventually, you'll be able to coax a fairly even length that will fit the baguette trays or a tea towel (a floured tea towel 'furrow' is ideal as a bed for the baguette - they're called a 'couche').
If you pinch the end, then the baguette becomes a batard. I suppose, strictly speaking, my baguette trays produce batard because of their length. Proper French baguettes are far longer and require a commercial oven.
The baguettes now need to be put somewhere warm for about 45 minutes to complete their second prove. 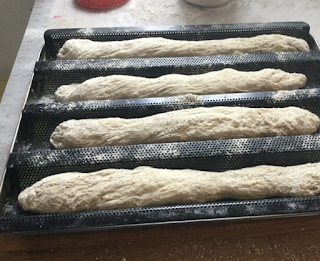 Pre-heat your oven to 200 degrees C. Ideally, a tray of water in the bottom of the oven will provide the steam needed to give your baguettes a good crispy crust. Unfortunately, because of the nature of our ovens, I'm unable to do this, so I spray the dough with water prior to putting them in the hot oven.
Before putting them in the oven, remember to score the dough, quite vigorously, with a blade to create the typical markings of a french baguette.
I use a variety of cutting instruments, depending on what I'm trying to achieve. I have to admit, this is one of my weaker skills.
Left to right: First we have a lame. This is essentially a curved razor blade that is useful for cutting at 45 degrees and gives the bread an 'ear' as the dough rises more on one side of the slash than the other. Then there is a standard scapel-style cutting blade. Next to that is a grignette - a razor blade fitted inside a wooden housing that allws for a firm cut. Finally, a small serrated fruit knife that I find useful as it cuts dough cleanly and evenly. 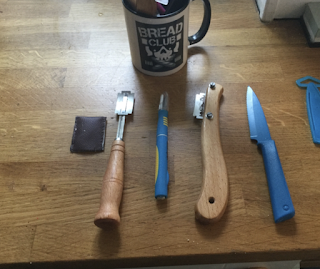 Second prove over, they have been scored and are ready for the oven. 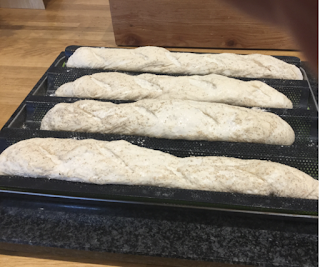 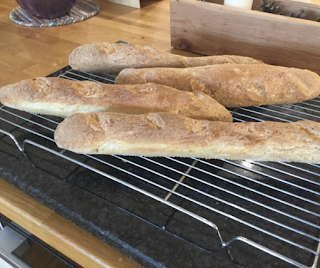 Crispy and crunchy on the outside, light and fluffy on the inside.
And the best part is - they'll freeze.
Happy Baking....