Why buy a bread machine? 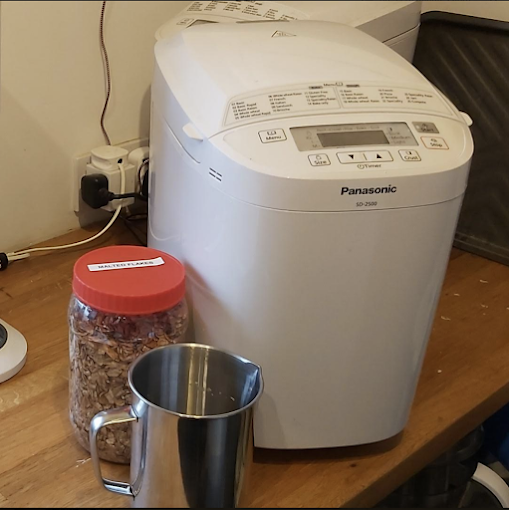 I have a constant emotional conflict - aesthetics or practicalities?
The bookshop shelves, whether they're at the physical Waterstones or in the virtual world of Amazon, are full of bread and baking books that advocate the manual mixing, kneading and formatting of dough into bread.

It's actually very useful to know how to hand mix. The hands-on approach brings you into contact with what happens when flour and water, salt and sugar, oil and yeast combine and the chemical and physicial reactions that turn ingredients into product.

But, behind all this, there is a world of delusion and illusion. Artisan bakers on your High Street or in those trendy little Victorian passageways in towns and cities the length and breadth of the land often give the impression that all their bread is produced manually until it reaches the oven door.

Even the term 'artisan' suggests a non-mechanised, traditional method of production.

We have to be careful, there's a lot of hype out there: smoke and mirrors and passing trends. No doubt there are those artisan bakers who actually produce commercially-available bread from start to finish. They will probably produce a very limited number of loaves daily and charge a premium for their troubles.

Next time you're in your preferred bakery, ask if they make it on the premises. Do they have a machine to mix their dough? Will they show it you?

Your supermarket might look like it has a 'fresh bread' section, but it probably arrives part-baked and they simply 'finish it off'.

Bottom line is - all we're trying to do at home is to make tasty, healthy bread that, hopefully, doesn't look like it's been in a disaster zone and might actually look artistically pleasing.

There are three stages of bread production.

Go to any large bakery and you'll see mechanisation to the 'nth' degree. Ingredients are loaded from hoppers, mixers mix, machines shape and ovens bake. True, there are real people working there and they may be very enthusiastic about their jobs. But, unless they're 'upstairs' with the 'white coats', chances are they are there to move, sort, switch on, maintain, repair or pack.

I started my days in one such bakery. Long before it was Allied Bakeries in Bredbury, Stockport, it was Sunblest. In those days, we'd load the ingredients into the mixers and watch the magic happen. We'd actually handle the bread at most stages. I worked the night-shift with George, who lived with his mother after an acrimonious and failed marriage. Living with his mother in his late 40s must have been considerably worse. In the early hours of the morning, he would get so worked up about anything, he'd take it out on the Hovis. He's shout and rant, walk away from the line with two loaves and curse both of them. I presumed one was the ex-wife and the other bore him.

However, in calmer moments, when he was more lucid, George would teach me the basics. I learnt how to mold loaves. He told me about the differences between flours and how yeast worked.

None of this was of any use at the time. We turned out steamed sliced white, tinned bread and Hovis - by the thousands, day after day, night after night.

A couple of years later, I found myself at a small bakery on Ynys Môn, the Isle of Anglesey. Here we still mixed by machine, but at least we dropped dough into tins and loaded the ovens by hand. We made baguettes and baps by manually rolling them and setting them aside for the morning shift to bake.

The point behind all this is that there is nothing wrong with using a machine - especially if it does a better job with less effort. After all, as Brian Melbanke writes in his 'Philotimus' (1581),  "It is smal reason you should kepe a dog, and barke your selfe."

So, what have we established?

In a previous article "Mixing and Kneading - by hand, stand mixer or by machine", I reviewed the three approaches, their merits and drawbacks.

Here, I want to show you what can be achieved if you are lucky enough to own a bread machine.

I've always bought Panasonic. I always will. I believe that they are, by a long way, the best machines out there.  I have two. Why? because, it means that I can heat the oven up once and use the whole oven for a decent volume of bread.

A bread machine has two functions:

When I was working I used to let the machine do what it was there to do. I would load up the pan in the evening and switch on the timer. In the morning, I'd get up, empty the loaf out and let it cool while I got ready for work and made the coffee. We had fresh bread every day. It would make toast, sandwiches and what was left was either eaten with our evening meal or given to the birds the following day.

Every loaf looked the same. It was the same shape - it might not have had the same ingredients - but there's a uniformity to a machine-baked loaf. Small, medium or large; light or dark baked - they all look like the pan in which they were baked. And, they all have the same tell-tale hole at the bottom where the paddle has been.

During the holidays, I'd often let the machine make the dough. Then, I'd tip the dough out onto a floured board and 'create'. I'd produce baps, bagels, brioche, boule, bloomers and  baguettes. I'd make wholemeal and fruit bread, finger rolls and muffins. I'd fill the freezer and these would be our 'stand by', our treat at weekends or when we were too tired to remember to load up the machine on a weekday.

Each programme on the machine does a different job. It waits (autolyses), it mixes, it kneads and gives your dough time to rise. It tells you when it's finished and keeps everything nice and warm. It even senses the outside temperature and humidity and adjusts accordingly. Baking in the summer is different from baking in the winter.

Some dough programmes are short and some are longer. It depends on what the ingredients need. For example, a pizza programme will produce silky dough in a scant 45 minutes, whereas a French bread recipe may take six hours. if you decide to use final stage and bake the bread, the machine will hold the dough until the heating element reaches the right temperature and then bake it for just the right amount of time.

My bread machines are out on the worktop in the utility room - it's become something of a mini bakery, especially since Lockdown when I started BreadClub20. Never put them in a cupboard out of sight. If you do, you won't use them. They'll be like the other electrical gadgets you bought on a whim and rarely see the light of day. The waffle iron? The popcorn maker? That chopper and grinder you thought would be indispensable...but actually isn't?

Do you need a bread machine?

Are you a person who:

Then the answer is possibly or probably.....yes!

That's how my daughter started. She bought a machine for fresh bread every morning - to feed the family.

Now, six months later, she's free-forming foccacia and other flatbreads. She's making rolls and baguettes - all from scratch. And yet, when she needs a loaf but hasn't the time to produce one..the machine takes over.

Now, the big question is...do I still use my machines. Sometimes - yes. It depends.

If I simply need a basic dough then there is nothing to produce one as easily or as successfully as a bread machine. If I need to 'feel' my way through a recipe or know that the process needs handling in a specific way, then I turn to my large stainless steel bowls and my Dutch whisk (sometimes called a Danish whisk or a brodpisker) 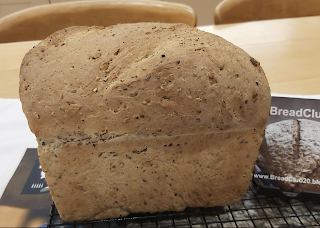